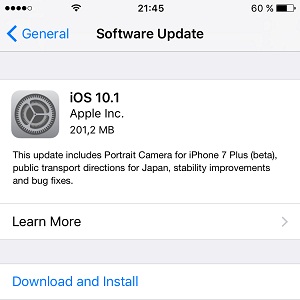 After a series of beta test versions and 42 days since the official release of iOS 10, Apple has pushed out it’s first major iteration for the 10th generation. It’s labeled iOS 10.1 and as we already highlighted during our beta coverage the main features that come with this release are the Portrait Mode available for the iPhone 7 Plus revolutionary dual lens camera, the Replay option for iMessage effects and the Auto-play Message Effects setting that allows your iPhone to play Message effects even when Reduce Motion is enabled.

iOS 10.1 does include a wide range of fixes and performance improvements. You can find the full update log listed below. Changes impact mainly the following apps Camera and Photos, Maps, Messages, Apple Watch but there is also the usual list of “Other improvements and fixes”. Do note, that before you proceed with the update we always recommend readers to perform a full iPhone backup before you proceed with the update.

Download iOS 10.1 On iPhone And iPad
No matter if your iPhone still runs the beta version, the prior available firmware, iOS 10.0.3 or any older release. If you visit Settings -> General -> Software Update your device will find the iOS 10.1 Software Update prompt. The approximate size of this new firmware version ranges between 1.6 and 1.8 GB depending your iPhone or iPad model. If you don’t have enough storage available, don’t panic. iOS can temporarily delete apps to free up space and make room for the update process. All apps will be installed back as soon as your device runs iOS 10.1.
Enough, with the chit-chat. Tap on Download & Install, agree with Apple’s terms and the update process will automatically unfold. The firmware package will be first downloaded and then deployed on your iPhone. When the update is ready your iOS device will automatically reboot.

Below you can find the full update log. Tap the images to open them in full-screen and inform yourself about all changes: 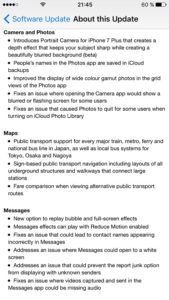 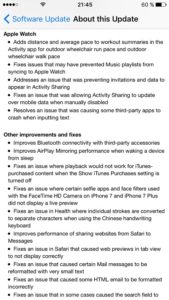 Tip: If you don’t own an iPhone 7 Plus, don’t despair. You can get a Portrait Mode-like effect by following these tips!