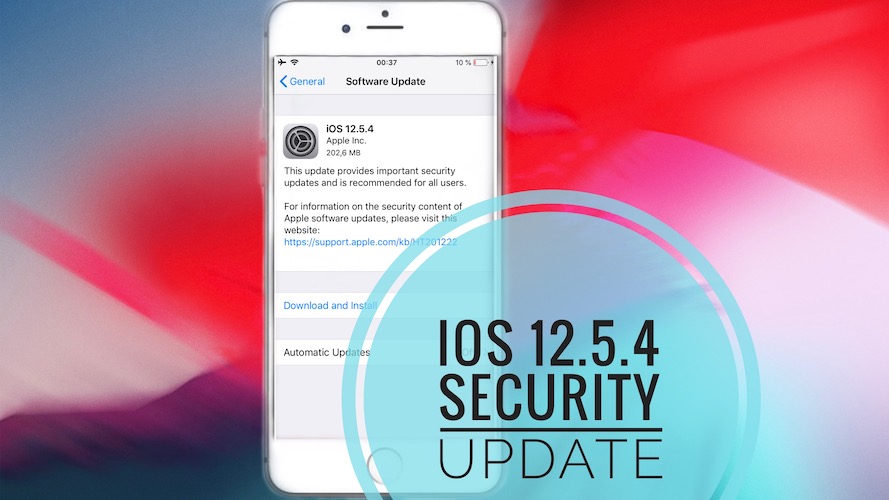 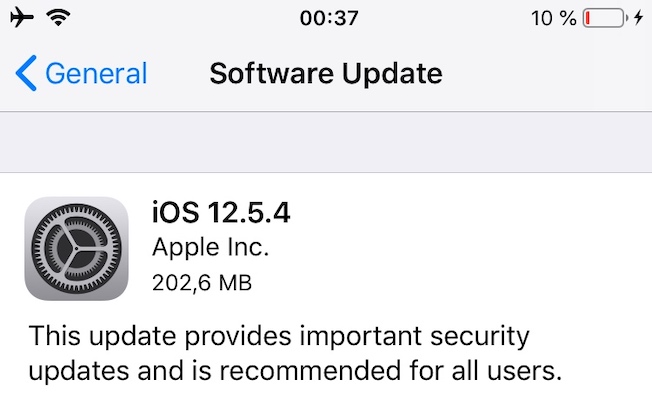 This release is available for download as usual in Settings -> General -> Software Update.
Tap Download and Install, follow the onscreen prompts and be patient until iOS 12.5.4 is downloaded, prepared for update, verified and installed on your old iPhone or iPad.
Fact: iOS 12.5.4 update file is 202,6MB large for the iPhone 6. Update file size will slightly vary for every compatible device.

According to the security support document that has been shared with this update, iOS 12.5.4 fixes a security vulnerability that could allow processing of ‘a maliciously crafted certificate may lead to arbitrary code execution.’

Important: Apple confirms that ‘this issue may have been actively exploited’ and recommends all users to update their iOS 12 and iPadOS 12 compatible devices.

Fact: This security issue has been already patched in iOS 14.6 and iPadOS 14.6 for all other newer, compatibile iPhone models!

Are you still using and iOS 12 compatible device? Have you updated to iOS 12.5.4? What’s your feedback? When do you plan to upgrade to a newer iPhone or iPad? Use the comments section and share your thoughts.

Related: Some of you owning old iPhone and iPad models might consider upgrading their devices this year. Check out the upcoming iOS 15 software update and perhaps you’ll get the final incentive for the move!