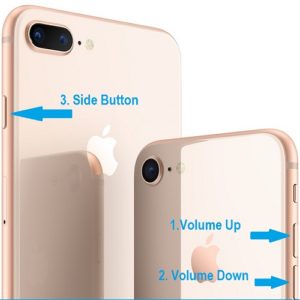 How to force reboot iPhone 8 and iPhone 8 Plus.

Although it doesn’t occur too often, because the iPhone and iOS are probably the most reliable hardware and software blend available on the smartphone market, it can happen for your iOS device to become unresponsive or to slow down considerably. In this case, wait a few seconds for iOS to catch-up and sort out the issue. If the iPhone can’t fix itself you can help it by force restarting the device, the same way you reboot a computer when the operating system crashes.

This trick is available for all iPhone models but it has changed several times in the past few years. iOS devices up to the iPhone 6S can be hard restarted by simultaneously pressing and holding the Home Button along with the Sleep/Power Button (or Side Button in the case of the iPhone 6 and 6S models). Hold this button combo for at least 10 seconds and your iPhone will hard reboot. You’ll know that the trick works when you see the Apple logo displayed, centered, on the black screen.

The iPhone 7 and 7 Plus terminals have been equipped with a solid-state Home button, thus forcing Apple to change the hard reboot gesture. So, if you’re owning a 2016 iPhone model you have to simultaneously press the Volume Down button and the Side Button as explained here.
The iPad and iPod touch devices are force restarted with the same combo used for the iPhone 6S and earlier terminals.

How To Hard Reboot The iPhone 8 & 8 Plus
This year Apple has changed the force restart combination again. a three button combination is now available for the iPhone 8 and the iPhone 8 Plus and works as follows:
1. Press and quickly released the Volume Up button.
2. Do the same with the Volume Down button.
3. Press & hold the Side Button (Sleep/Power button) until the Apple logo is displayed on your iPhone’s screen and the device reboots.
Fact: The force restart is accomplished in a couple of seconds. The iPhone reloads and displays the Lock Screen. The Passcode is required the first time you unlock it, before Touch ID is enabled!

Tip: Here you can learn how to hard reboot the Apple Watch!