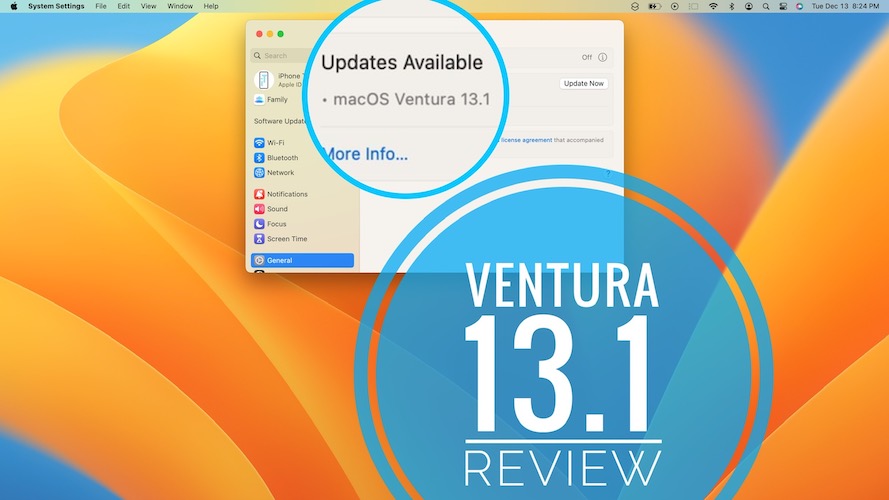 Apple has released macOS 13.1 build number 22C65 for all compatible Macs and MacBooks! Check out the new features and improvements, bugs fixed, ongoing issues and new problems ongoing in Ventura!

Before you update, you might want to check the problems reported for this release. We’re tracking them here along with available workarounds:

Improvements and changes included in this version are listed here:

Problems solved in this version are highlighted below:

Fact: There are a lot of security fixes included in this update. You can check them all out in Apple’s security document.

Have you updated macOS Ventura 13.1 on Mac? Noticed any new features not mentioned in this article? What about other bugs fixed or new issues? Share your feedback in the comments!