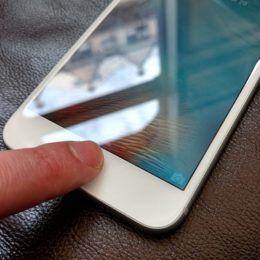 According to the latest changes introduced by iOS 10 as well as the upcoming iPhone 7 and future generation hardware tendencies the Slide to Unlock era will soon be a thing of the past. It’s in fact confirmed that it will be replaced by Press to Unlock with the iOS 10 release, scheduled for this…

One of the important changes noticed while testing out iOS 10 is that Apple has decided to modify the way users unlock their iPhones. The Slide To Unlock gesture, an Apple “trademark” for accessing the home screen of an iPhone has been replaced with the Press To Unlock action. Considering that the average user browses…

Read More
Tags:Home ButtonHome ScreeniOS 10PressSensorSlideTouch IDUnlock
Copyright © 2014 - 2022 iPhoneTricks.org
This website is not owned, licensed or affiliated with Apple Inc.
The content of this website is not supplied or reviewed by Apple Inc.
iPhone is a trademark of Apple Inc. For more info please read our Disclaimer.