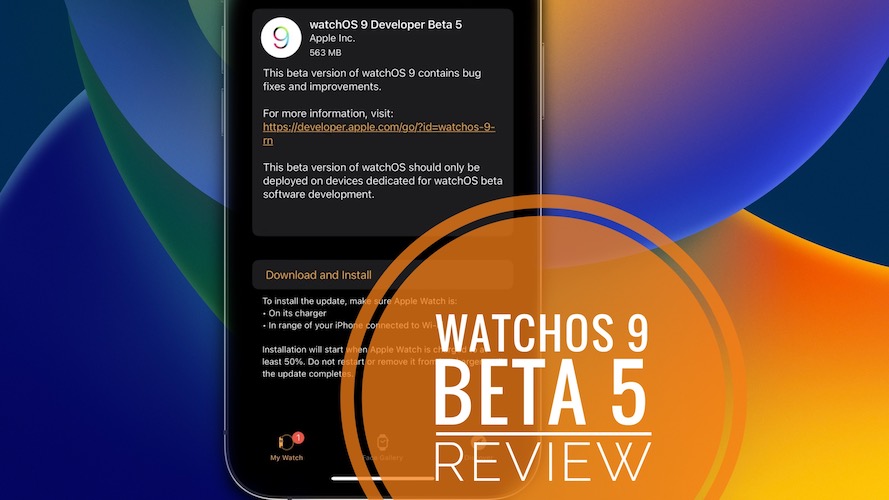 Before updating take a look at the new issues reported in this release:

Also take a look at the issues that have been fixed in this test version:

Changes spotted in this release are listed below:

This update is available over-the-air in the Watch app on the paired iPhone:
Browse the My Watch tab and go for General -> Software Update and follow the on-screen instructions.

Tip: For the watchOS 9 Beta to show up you need to enroll your Apple Watch to the Apple Developer Beta or Public Beta Software Program. Here is a step-by-step tutorial.

Have you updated to watchOS 9 Beta 5? Any questions or suggestions? Share your feedback in the comments.