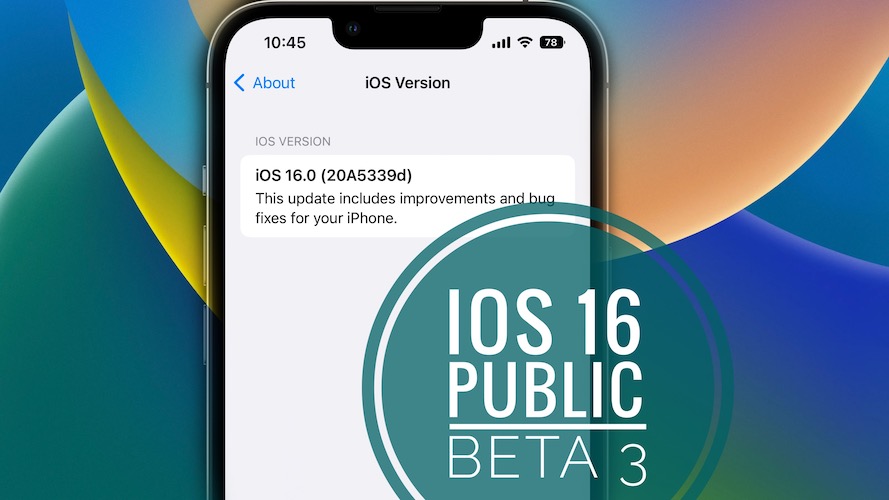 Apple has released iOS 16 Public Beta 3 build number 20A5339d one day after the rollout of Developer Beta 5. The two versions are identical and continue to fine tune iOS 16.0 for the public release expected this fall. Check out new problems, features, bug fixes and more before updating.

We’ve covered the new issues reported for this version on our Developer Beta 5 review page:

There are two issues that have been fixed in this release as reported on our Developer Beta 5 review page:

The changes spotted in this release when compared to the previous beta are:

More: If you want to check out all new features announced by Apple for iOS 16 please read here.

This test version is available as usual, over-the-air in Settings -> General -> Software Update. Tap Download and Install and follow the on-screen prompts.

Play our YouTube video for more details about this release:

Is this release not showing up in the Software Update screen. These are the most common reasons and their fixes:

Have you already updated to iOS 16 Public Beta 3? Did you spot any changes not mentioned in this review? What about new bugs and problems? Share your feedback in the comments.