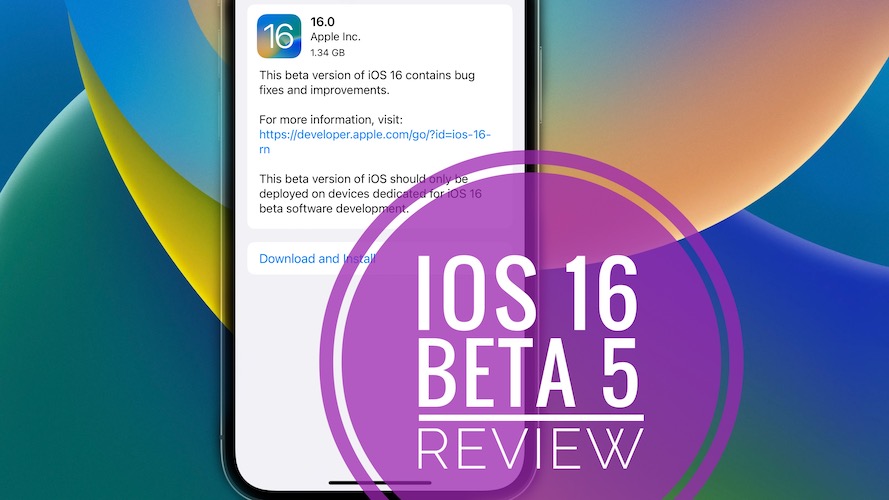 Apple has released iOS 16 Beta 5 build number 20A5339d for Developers. This update brings more changes and new features to the upcoming iOS generation. Problems and glitches aren’t missing either. Check out or extended review and contribute with your own experience.

Before updating to this test version, make sure that you inform yourself about common issues. We’re updating them below as soon as we encounter them:

Beta 4 came with some annoying bugs. We’re currently checking if they’re fixed in this release. List is available below:

Tip: In the meantime, you can check problems that Apple reports as solved as well as known issues in the Beta 5 Developer release notes available here.

Here you can find enhancements and changes that we’ve found in Beta 5 when compared to Beta 4: 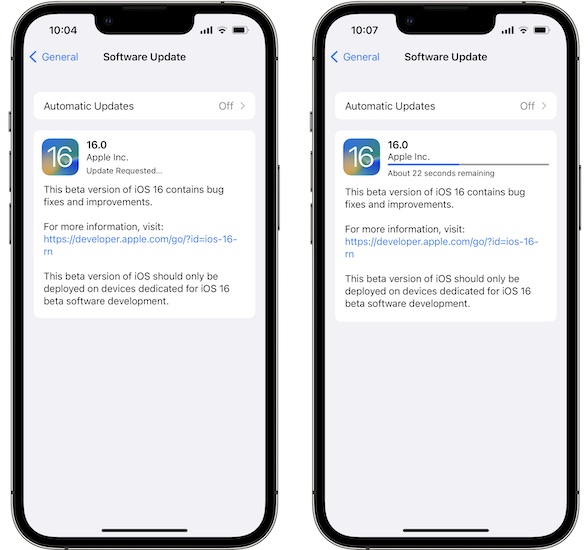 This version is available as usual over-the-air in Settings -> General -> Software Update as long as you have the iOS 16 Configuration Profile installed on your device.

Fact: iOS 16.0 shows up in the Software Update screen and not the usual iOS 16 Developer Beta 5!

Tip: If you’re running iOS 15.6 or another public version you have to download the iOS 16 Beta Profile from the Apple Developer Platform or Apple’s Beta Software Program as explained here.

Important: At the time of writing iOS 16 Public Beta 3, which is the identical version of Developer Beta 5, isn’t available yet. This means that if you are a public beta tester you have to wait a couple more hours until you see the new release in the Software Update section.

We’ve just started testing out iOS 16 Beta 5. If you’re using these version on your main device, you can wait it out 24 hours and we will update this section with more info soon.

Play our YouTube video for more details about this release:

Have you updated to iOS 16 Beta 5? Did you spot any changes not mentioned in this article? What about issues? Use the comments section to share your feedback and we will update your contribution in the main content of the article.