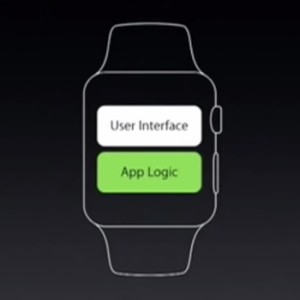 One of the most important changes introduced by the second watchOS version, when it will be released to the general public, this fall, is the way applications run on Apple’s revolutionary wearable. At the moment the Watch is heavily dependable on its paired iPhone. Both native and third party apps run their logic through the smartphone, meaning that the wrist gadget has to permanently interrogate the iOS device. Practically most of the processing is done on the iPhone and the wrist device is mainly used for displaying the info.

This back and forth data exchange obviously affects the speed apps are able to prompt users with the required info. However, watchOS 2 changes the situation dramatically. This means that the Apple Watch will be able to host the app logic too. This means that it will process data and run software directly on your wrist. This makes it a lot more independent and act as a standalone wrist computer, compared to an iPhone accessory.

watchOS 2 Extends Apple Watch Autonomy
We’ve already tested the beta version of the second watchOS generation and can share with you our findings, as well as our expectations for when this update will be released to the general public. The biggest impact of the app logic switch after processing speed is the increased battery life that comes with it. Waiting less for software to load means that the Watch’s display will spend fewer time lit. Also, having app logic run on your wrist, reduces the amount of data exchanges between Watch and iPhone, which leads to less power consumption caused by Bluetooth and Wi-Fi package exchanges.

For the moment this is mainly theory because the first watchOS 2 beta isn’t well optimized at all and as it’s the case with iOS 9 and the iPhone, the test version ends up burning power levels twice as fast, as usual. This is why I suggest you to frequently visit our website, if you wish to find out news about Apple’s upcoming OS version and avoid testing them yourself, at least for the moment, until the high number of bugs are sorted out and the OS optimized. 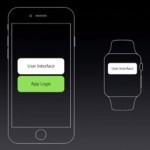 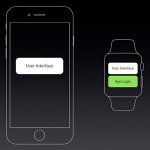 However, when watchOS 2 will be ready for public release, this fall, its increased autonomy will be caused by the following changes too:
– Apps can access Wi-Fi directly, without going through the paired iPhone. This leads to faster loading times and more efficient usage.
– Thir party fitness softwares can run on the Watch independently, because they’ll have access to all the wearable’s sensors.
– Third party applications can access the wearable’s built-in Speaker and Microphone and also play short videos. In fact, videos can be played on Apple Watch right now, while running the initial watchOS version with the help of this simple trick.