Posted in Reviews by Patricia on November 30, 2020 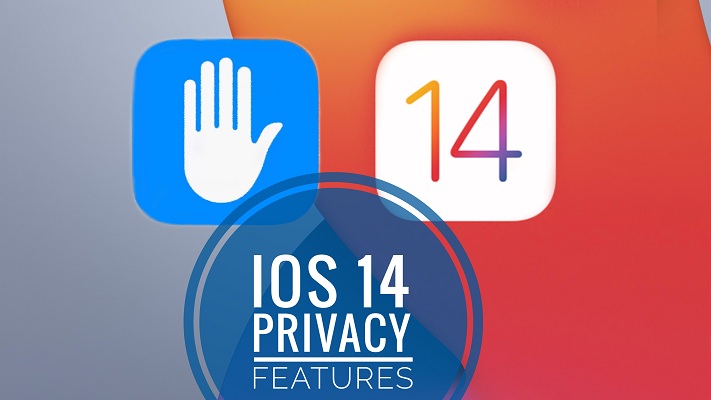 Apple has significantly enhanced the privacy of iPhones and iPads in iOS 14. Starting with new notifications and status bar indicators that inform you whenever an app accesses your private info, to new settings and additional permissions that third-party apps have to receive in order to perform tasks that could have easily passed under the radar until now.

In the past few months we’ve analyzed, in depth, all the new privacy additions that Apple has brought to iOS 14. Below you have the complete inventory of all changes:

One of the most controversial changes is the pasted from clipboard banner that slides from the top of the screen to let you know whenever an app has copied from the clipboard. Although, this feature has instantly discouraged third-party apps to stop this spying behavior, most of iPhone and iPad users consider it obtrusive. You have to swipe the banner out of the screen because it’s blocking the top part of the content.
Many users are asking for this option to become optional. At the time of writing, there is no option to turn it off in Settings, but Apple could introduce it in upcoming updates.

Another iOS 14 privacy notification is the popup that apps have to include if they want to connect to the user’s local network. Apps like Facebook or YouTube require access for example, if you want to screencast from your iPhone to your Smart TV. However, instead of automatically getting the permissions, you’re now informed if an app plans to connect to your local network, making this a welcomed addition.

A similar privacy related permission is the one required by third-party apps if they want to track you across apps and websites owned by other companies. This is another controversial iOS 14 privacy enhancement that will force big companies, that rely on ads, as their main source of income, to rethink their business model.
While, the app tracking transparency feature is already available, it’s optional for now, but Apple will make it mandatory starting with 2021.

In iOS 14 you have a new option in Wi-Fi, allowing you to enable Private Address. When turned ON the feature generates a new MAC address for each Wi-Fi hotspot that your iPhone or iPad connects to. This will make your device untraceable by network profilers. More details are available here.

To make sure that your data remains private, iOS functions such as dictation or the new Translate app are developed to work offline, on-device. This means that your info isn’t leaving your iPhone, and is processed locally not on Apple’s servers.

This great privacy option allows to grant access to only one or a few select photos from your Photos Album. Until now, you could only allow or disallow third-party apps from accessing your Photos. Now, you have third option called Select Photos…
It’s particularly useful for apps the you use rarely. Whenever you provide an app limited photo access, you have the option to add more images every time you open it.

Another privacy feature related to the Photos app, is a new option that allows you to hide the Hidden album. Until now, you could hide pictures on your iPhone, but they would be stored in the Hidden album, available in plain sight. In iOS 14, you can hide this album from Settings.
Fact: The feature is far from perfect though, because the Hidden Album is still visible in the image picker section of third-party apps.

This iOS 14 privacy feature allows you to share only your approximate location with third-party apps, that don’t need to know your exact whereabouts. This option is called Precise Location and can be easily disabled as described here.

Perhaps one of the most important iOS 14 privacy addition are the new orange and green dots that are displayed in the iPhone’s status bar, whenever an app is actively using the camera or microphone.
Tip: If you open the Control Center, when this happens you’re also informed about the name of the app that accessed them.
Fact: This helps users to easily pinpoint spying apps, such as those that promise to catch a cheater. Such apps can be secretly installed by your partner, on your iPhone and share your activity such as call history, exchanged messages, GPS location and more to your secret tracker.

Last but not least, app developers will be required (starting December 8) to publish nutrition-like labels for each app that is listed in the App Store. The role of this new privacy label is to inform the user what data is used to track you across apps and websites owned by other companies. The privacy nutrition label contains three sections: Data Used to Track You, Data Linked to You and Data Not Linked to You. This way you can take a quick glance and find out what privacy permissions the app requires, before downloading and installing it.

Bonus: Compromised Password Recommendations
iOS 14 also adds a very important feature that improves the security of your online accounts. It’s called Security Recommendations and will notify you when compromised passwords are discovered in your iCloud KeyChain. You’re informed if a password is too weak, used across multiple accounts or has been involved in a data breach and is now a vulnerability for your privacy and security. More details can be found here.

What do you think about all these new iOS 14 privacy features? Which one do you appreciate the most? Use the comments section to share your feedback!