How To Capture Video On iPhone 11, 11 Pro And Still Play Music In The Background 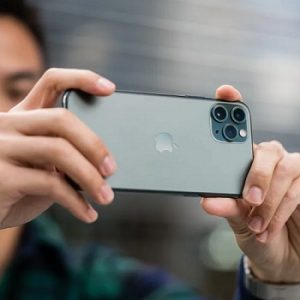 We’ve just uncovered a handy little trick that allows you to continue to play music in the background while recording a video on your iPhone. Unfortunately this trick works only on the new iPhone 11, 11 Pro and 11 Pro Max. We’re not sure if this is an actual feature added by Apple, or just a bug that slipped through the iOS 13 beta tests. Nevertheless, for the first time ever you’re able to record a video without stopping the background music playback.

That’s useful for those of us that use a headset for listening to music and want to capture a video of something interesting that just comes up. Until now, the iPhone would automatically stop music playback until video recording was finished. Most likely the restriction is in place to restrict piracy and protect music copyright. It was also limited because of the iPhone processing power that might not have been able to handle the two simultaneous process. However, it seems that the A13 bionic chip found in the 2019 iPhone lineup is able to do so!

How To Record Video And Play Music Simultaneously On Your iPhone

This trick works only if you have the above mentioned hardware and software. More, you will need to use the new iOS 13 Camera QuickTake feature to achieve the simultaneous playback. Here are the steps:
1. Open Apple Music or any other music source and start listening.
Fact: This works for music playback as well as for audiobooks or podcast playbacks.
2. Open the Camera app.
3. Use the QuickTake feature to capture the video. With QuickTake you can record a video even if you are in the Camera’s Photo mode. Simply press & hold the shutter button to capture a clip.
Tip: Right-slide your finger that holds the shutter button to lock the Camera into video recording mode!

Fact: The recorded video is saved, as usual, in the Photos app! We’ve tested this feature on an iPhone 11 running iOS 13.1.2. Does the trick work on your iPhone too? Let us know in the comment section available below!

Related: Did you know that, in iOS 13, Apple Music is able to prevent the addition of duplicate songs in playlists?

5 Responses to How To Capture Video On iPhone 11, 11 Pro And Still Play Music In The Background