How To Fix Alarm Not Ringing On iPhone In iOS 15

Alarm not ringing on iPhone in iOS 15

Is the alarm not ringing on your iPhone after updating to iOS 15 RC? Does the alarm get triggered when scheduled but it just vibrates instead of sounding out loud? This can be very annoying because you could miss important appointments and wakeup calls!

How To Fix Alarm Not Ringing in iOS 15

We’ve noticed that his glitch is currently occurring when you’re using a song as an alert tone instead of one of the default ringtones available in iOS 15.

Apparently, songs aren’t working as alert tones anymore since the Dolby Atmos update and Apple hasn’t fixed it up to this date.

To make sure that the alarm is going off and you don’t miss a wakeup call you have two options:

1. Download The Song That You Plan To Use As Alarm Ringtone

A workaround requires you to grab the song that you want to use as an alarm ringtone on your device: 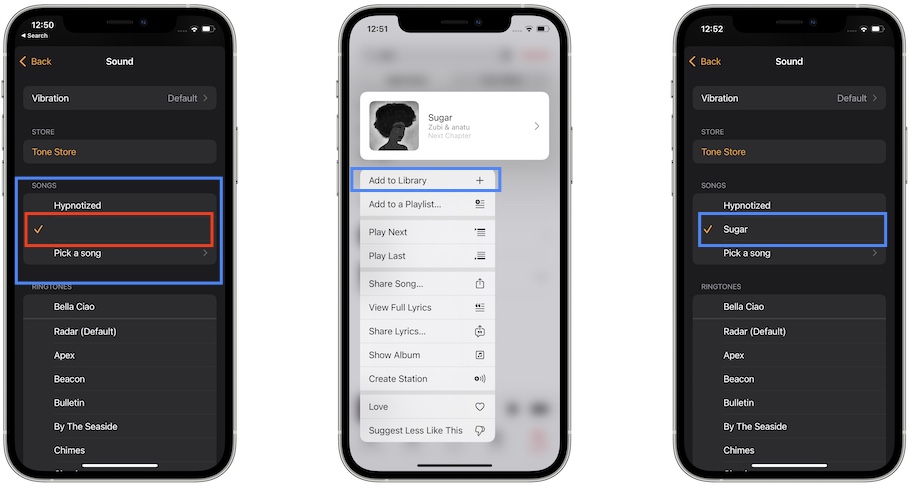 Important Update: You should disable Download in Dolby Atmos in Settings -> Music before you download the song that you want to set for alarm. Thanks Umakant for fine tuning this fix!

2. Use a built-in ringtone For Alarms

If the above fix doesn’t work, your next option is to use only stock ringtones instead of songs for alarms! 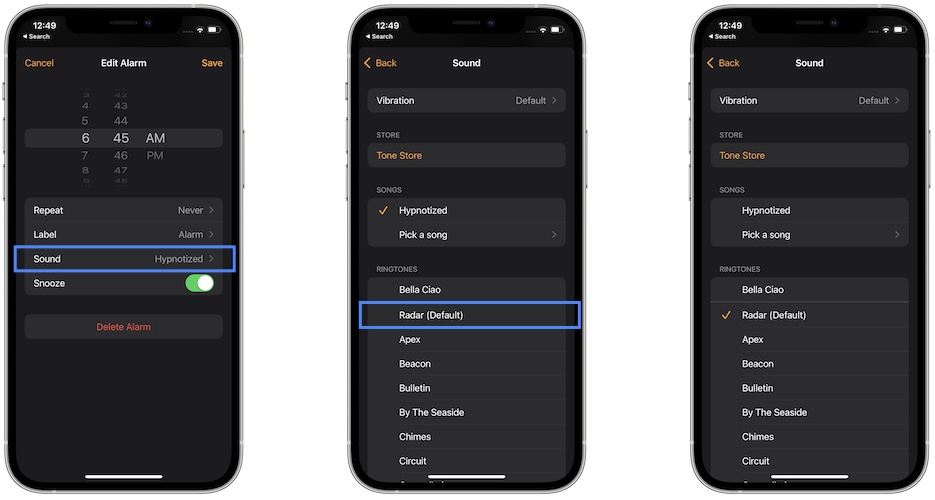 iOS 15 Alarm Rings Once Before Automatically Muting Itself

Attention: This iOS 15 Alarm bug is very tricky! A newly configured alarm that uses a song as alert tone, might go off for the first time! Strange enough, the standard ringtone will ring instead of the song that you’ve picked, so this should raise your eyebrows! 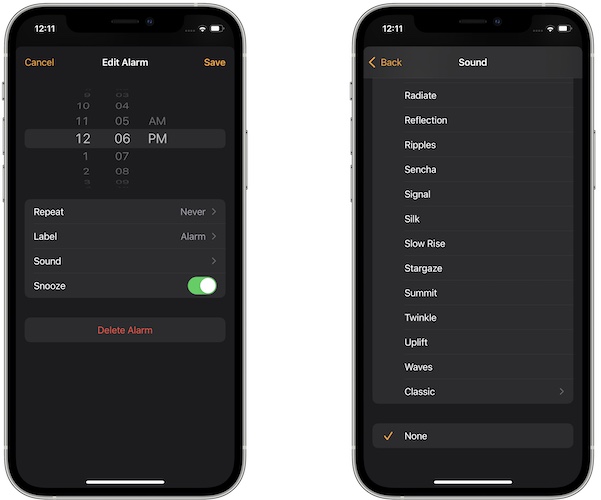 However, as soon as it stops, the settings are automatically changed to ringtone: None in Sounds. So, if the alarm is set to repeat or you trigger it for the next morning, without checking the settings you might be in for a bad surprise!

Fact: This happens when the song isn’t downloaded on the iPhone, as described at step 1, and iOS 15 isn’t able to stream or pull it live from Apple Music!

I also recommend you to use multiple alarms to make sure that you have a backup. Configure three separate alarms and set them to trigger at a distance of 3 or 5 minutes.

How to: Open the Clock app. Tap the Alarm tab, available at the bottom of the screen. Use the + sign, available in the top-right corner to add a new alarm. Repeat this process until you have at least 3 alarms set to ring back to back!

If you do this, even if the alarm won’t ring, your iPhone will vibrate for a very long time increasing the chances of waking up even if you snooze it first.

Extra Tip: Place your iPhone on a firm surface next to your bed. This will cause vibrations to sound louder and increase your chances of waking up even if the alarm doesn’t ring!

Have you managed to fix the alarm not ringing iOS 15 bug? Do you have a better solution than the ones presented above? Use the comments section and share your feedback.

Related: How to fix Settings app crashing when trying to change Music settings in iOS 15!