Posted in Bug Fixes by Patricia on October 5, 2020 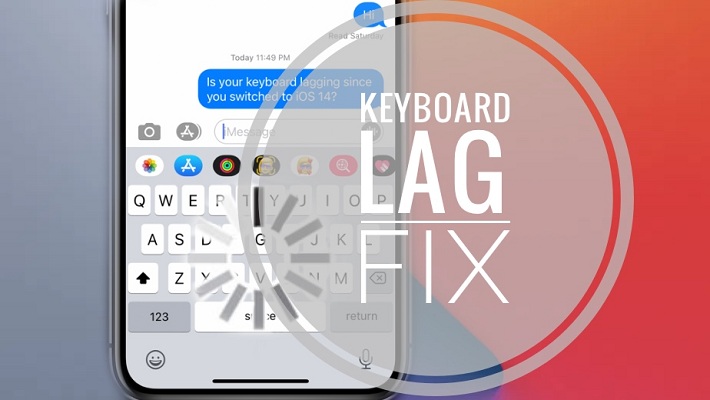 Is your keyboard lagging on iPhone and iPad since you updated to iOS 14 / iPadOS 14? You’re not the only one! This is a common issue, that’s occurring mostly in the Messages app. When the user taps on the text input field, the keyboard either loads with a delay, lags when typing or freezes. More, there’s an overall sense of keyboard slowness.

There are many troubleshooting tips that you can attempt, including turn off Reachability, disable Zoom, enable Reduce Motion, but neither worked on our devices.

How To Fix Keyboard Lag In iOS 14

The only trick that works until Apple issues an official fix in an upcoming software update is:

Another confirmed fix for the lagging keyboard requires you to disable iMessages and FaceTime, reboot your iPhone / iPad and re-enable the two services:

Thanks to: Peter Thomsen for refining this troubleshooting method!

Quick Fix: You can also fix the keyboard lag issue with an iPhone reboot, but we noticed that this fix is not always working and even when it does, it’s short lived, because the glitch occurs again sooner rather than later!

A bug that might be related to the keyboard lag has surfaced in iOS 14.2, causing voice dictation on iPhone and iPad to transcript text with a 3-second delay. Meaning that if you speak right after your device starts listening, the initial three seconds aren’t picked up by your iPhone and will be missing from the transcript. More details about this issue are available here.

Do you also have problem with your keyboard lagging in iOS 14? Use the comments section available below, and let us know if the above fix helped you out!

Related: Apple has recently released iOS 14.2.1 but this update is available only for iPhone 12 models and doesn’t fix the keyboard lag bug.