How To Play Pokemon Go On iPhone and iPad 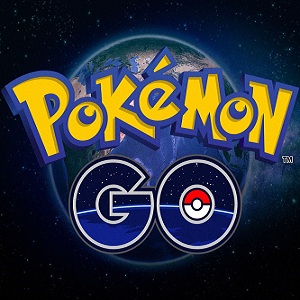 It’s finally here! The much awaited release of Pokémon Go is ongoing and the game is currently unfolding. The app has been launched this weekend in the United States, after premiering in Australia and is rapidly turning out to be a blockbuster. However, the game is still due to become available in many European countries. Nintendo and Niantic Labs have teamed up to provide the world a real life game that runs on iOS and Android. The result is amazing!

Pokémon Go is already huge and what makes it so popular is the fact that it manages an exciting blend between the gaming world and real life. You do have to catch pokemons, train them and battle, but everything is done walking out in the real life. More, it doesn’t matter if you didn’t play the 1990’s versions of Pokemon, because grabbing the game on your iPhone and having fun with your friends is easier accomplished than you might think. Read on and learn how to start playing!

Pokemon Go is a free game that comes with in-app purchases, if you want to boost your performance and advance quicker. However, in these early stages you do have to be patient. The game rolls out daily in new territories. To see if you can start playing simply tap on this Pokemon Go App Store link and allow your iPhone to search for the game. If the app is available you will see the logo available nearby. Install it as you proceed with any other software that you grab from the App Store.
Be aware that you need iOS 8 in order to be able to run Pokemon Go on your iPhone. The app size is 110 MB and can also be installed on iPad and iPod touch. 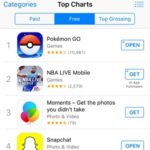 Fact: Do mind, that there are a lot of third party apps related Pokemon Go on the App Store. If you don’t see the logo listed nearby you have high chances of downloading and even paying for an app that teaches you tricks or provides any other type of info, and not the actual game itself!
Important: If Pokemon Go isn’t available in your country yet, be patient. Don’t change your App Store country to try to trick yourself in to the game earlier than allowed, because you have high changes of getting a lifetime ban.

How To Register For Pokémon Go 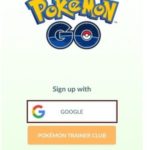 Because this game is linked to the real world and constantly exchanges data with the Nintendo servers you need to register for an account. You can use your Google account to sign up. If you don’t own one you can create a Pokemon Trainer Club account. This is done the first time you open the Pokemon Go app. So, after installing it, browse to the home screen and tap the game’s logo. You will then be prompted to choose your authentication method. I recommend you to sign up with your Google account. The method works better at the moment. If you don’t own a google account you can easily create one in the process.

How To Start Playing Pokémon Go 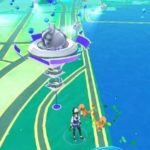 To start playing you need to customize your avatar. Practically it’s a digital version of you. So tweak details such as: gender, eye and hair color, shirt and much more. After you finish editing you’ll reach the main playing area of the game called Pokémon Go map. This area is a cartooned version of Google Maps. You see the roads from your neighborhood as they are in real life, the only difference is that they are unmarked. Landmarks are replaced by Pokémon Gyms and Poke Stops. Your avatar moves on the map as you do in real life. Every time when you pass nearby a Pokémon your iPhone vibrates and you can try and catch the creature. 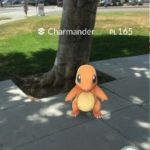 Catching The First Pokemon After you finish configuring your avatar and prepare for the first journey you can catch one of the three available Pokémons: Bulbasaur, Charmander, or Squirtle.
Trick: There is a nice trick to start playing the game with Pikachu. That’s by walking away from your original position three times. The forth time the popular hero will appear as a fourth option!

Pokémon Go Important Facts
Backpack: stores all items that you pick during your Poké-journey.
Player icon: is accessible from the bottom-left corner of the screen. It enables access to your digital character’s info as well as your Pokémon Go achievements.
Nearby Pokémon: the bottom-right corner of the map can be pressed to display the nearby Pokémons.
Pokémon: shows all fantasy creatures that you currently own.
Pokédex: A list with all Pokémons (around 100) displaying in the same time the species that you already caught.
XP: Experience Points are used to level up. The higher your PokeTrainer level is the better rated Pokemons you’ll catch!
CP: Combat Power is the rating of a Pokemon. The higher the value the better in battle. Usually higher valued creatures win the battles!