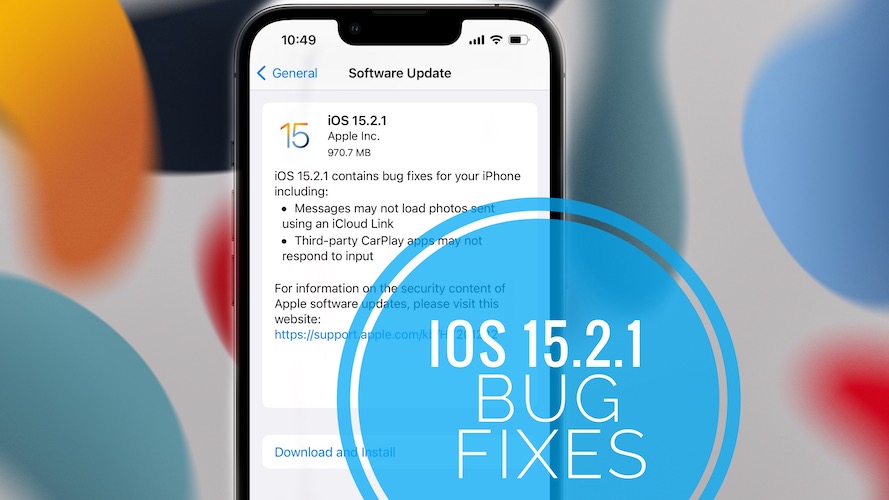 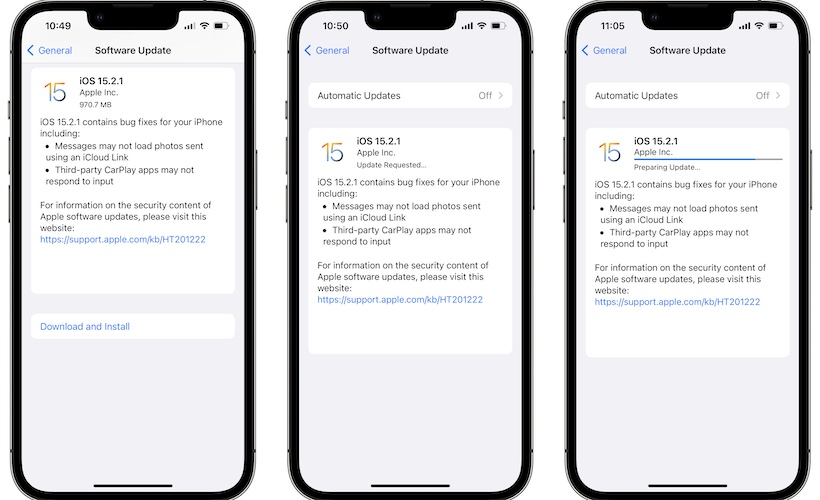 This update is available as usual, over-the-air in Settings -> General -> Software Update.

Your iPhone will update to it automatically (if enabled) in a couple of days, or you can force the update now by using Download and Install.

Provide iPhone Passcode and be patient until iOS 15.2.1 is requested, downloaded, prepared for update, verified and installed on your device!

Fact: Any problems updating iPhone to this release? Contact us asap here.

As mentioned above the update log highlights the following issues that are now labeled as fixed:

Below you have some of the most common issues reported in iOS 15.2. We’re currently trying to replicate them in this version, to detect any other hidden bug fixes:

If you notice any new issues after updating to this release, don’t hesitate to mention your problem in the comments of this article or directly from the cont

There are no other improvements mentioned in the release notes. However, Apple often adds new features or changes without mentioning them.

Important: Our iOS 15.2.1 testing is ongoing. If you notice anything new, that’s not mentioned here, don’t hesitate to let us know using the comments section.

Have you updated to iOS 15.2.1 and iPadOS 15.2.1? What’s your feedback? Use the comments section and. contribute to this review!

31 Responses to iOS 15.2.1 Bug Fixes For CarPlay And Messages