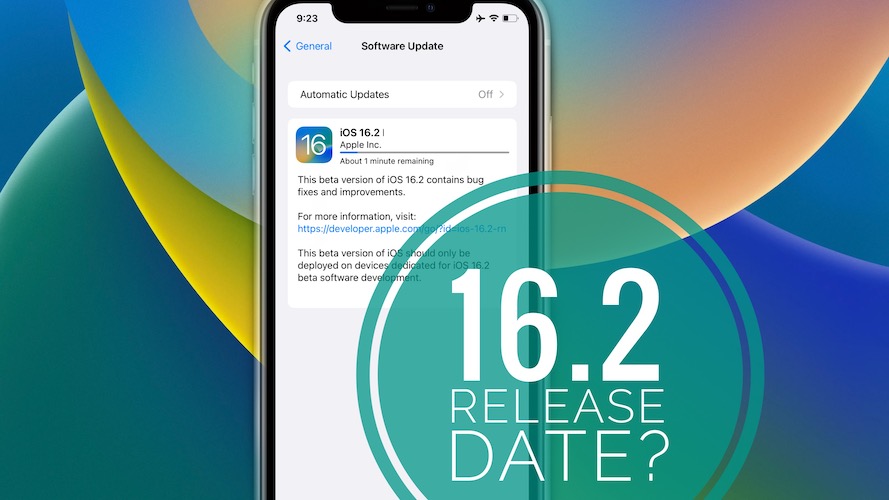 iOS 16.2 release date is approaching fast and most iPhone and iPad users are looking forward to this update! New features like Freeform app, Lock Screen widgets, as wells as improvements to Stage Manger. Lots of bug fixes are also expected!

At the moment we can only anticipate when this 2nd major iOS 16 update of the year will be released.

Based on Apple’s habits, patterns and available info we know the following:

Fact: Apple usually seeds 5 betas + the Release Candidate version (RC) before the public release. And betas are released once per week the soonest.

Update: Apple has skipped Beta 5 and has released iOS 16.2 RC on December 7th!

Conclusion: iOS 16.2 will be most likely released on Tuesday, , December 13!

Important: Apple has skipped one week of beta releases during Thanksgiving and Black Friday week. So, it might cut corners and seed directly the RC version on Tuesday, December 6. This would mean that we can expect 16.2 in the week of December 12 – 16.

The full update log will be updated here a couple of days before the public release. Apple includes the release notes in the Release Candidate version and we will update them here as soon as available.

We’ve covered all changes expected in this update during the beta testing stages. Here are some of the highlights:

There are still lots of day-one iOS 16 bugs that need to be fixed. Expectations are high for this update:

Are you waiting for iOS 16.2 release to finally update from 15.x? Waiting for day-one iOS 16 bugs to be fixed? Or you’re more interested in the new features? Share your feedback in the comments.

Related: iOS 16.2 beta is ongoing and we cover every version. You can get all the info from our iOS 16 timeline post!