iPhone 14 Crash Detection Error? How To Temporary Turn Off! 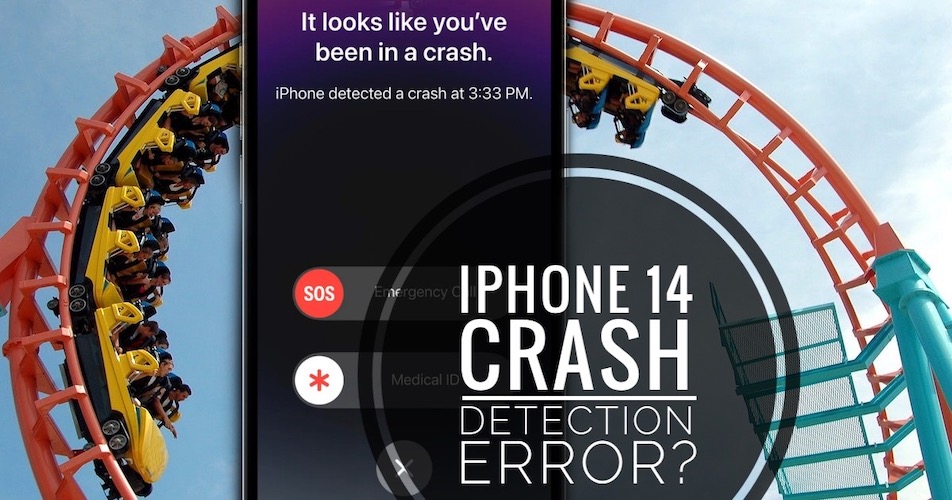 Did you notice an iPhone 14 Crash Detection error? Has your device falsely detected a crash while you were actually riding a rollercoaster? Or worse, it did not detect an actual car crash? Apple Watch 8, Ultra or SE 2 can encounter the same!

Apparently, Apple has forgot to geo-fence amusement parks and customers are accidentally calling 911 because Crash Detection can be erroneously triggered by the G-forces occurring during a rollercoaster ride:

“It looks like the Crash Detection feature wasn’t designed to account for the forces on Rollercoasters. I had my new 14 Pro in my (zippered) pocket this weekend at Six Flags…I got a crash alert on my Apple Watch. Luckily I dismissed it before it dialed out, but it was unnerving to say the least!”

The alert was triggered on an Apple Watch 7 that isn’t compatible with Crash Detection. This means that the erroneous detection occurred on the iPhone 14 Pro and was forwarded to the unlocked watch:

“If I hadn’t had the watch on, it would have dialed in my pocket while I was still on the ride. Just a heads-up for those of you who frequent theme parks!”

Crash detection errors have been quickly confirmed by others:

“This happened to me on space mountain. Got a callback afterwards from police asking if everything was alright.”

In fact, the erroneous iPhone 14 crash detections are so frequent that amusement parks are warning customers about this situation as reported by Coaster101:

“I noticed signs placed at entrances to two of the park’s most intense roller coasters — warning riders that Apple Watches and other similar devices may trigger the collision detection feature and place an unintended emergency call.” 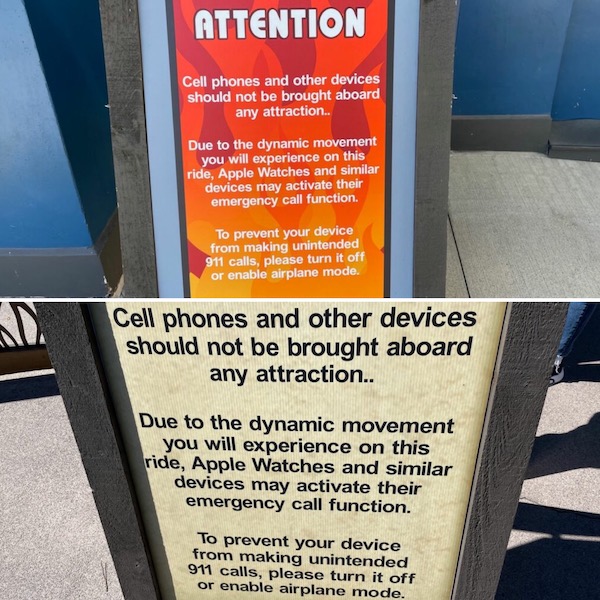 Did you have a similar experience? Share it in the comments please.

There’s also the other side of the coin. However, until now, excepting some questionable crash tests, we haven’t seen any reports of a serious crash that wasn’t detected by the iPhone 14.

More, this Redditor that iPhone 14 Pro Crash Detection managed to pick up a small crash that did not involve AirBags getting triggered.

Did you encounter a situation when Crash Detection did not work on iPhone 14 or any other Apple Watch compatible model? Share the details in the comments section please!

Until Apple fine tunes Crash Detection with future iOS 16 and watchOS 9 software updates, you can easily stop accidental 911 calls by disabling the feature in Settings, while you’re at an amusement park, for example: 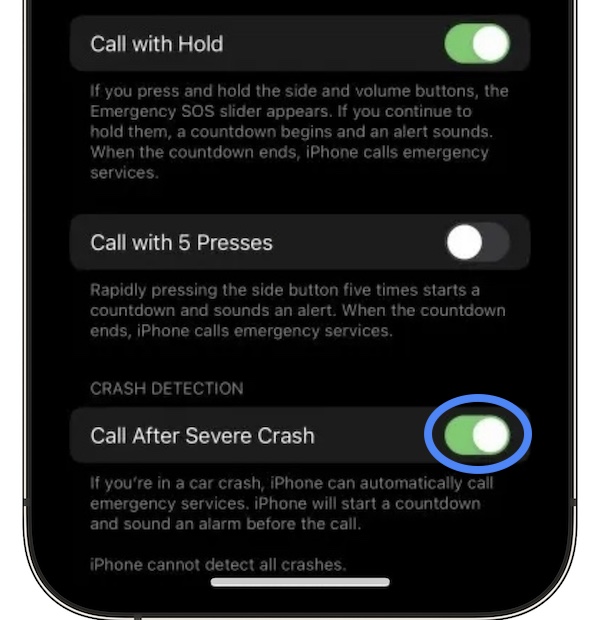 Tip: For Apple Watch, the feature can be turned of from the Watch app on the paired iPhone, in the My Watch tab, scroll for Emergency SOS and Turn OFF Call After Severe Crash. 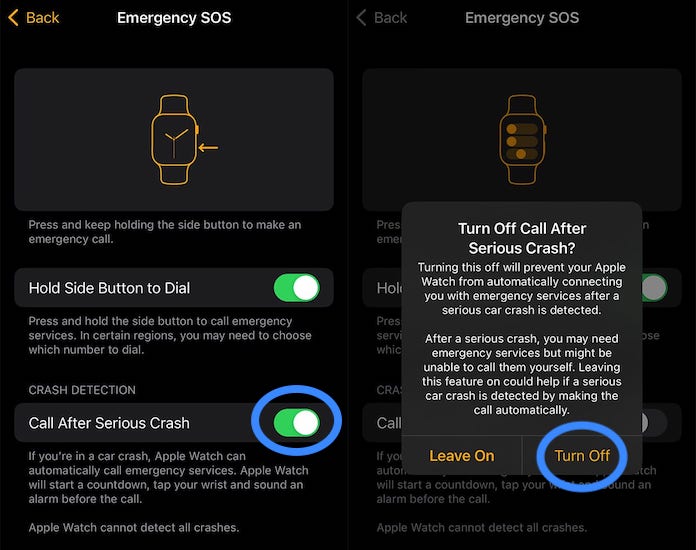 Important: Don’t forget to turn the feature back On after you leave the amusement park!

Of course, there’s also the option to turn On AirPlane Mode on your devices, but that will also cause you to miss some important calls and it’s not the best workaround for this issue.

Have you encountered any other iPhone 14 Crash Detection issues? Share your feedback in the comments, available below!

Related: For more iOS 16 and watchOS 9 problems and their workarounds you can check our extended reviews here and here.