SOS Only iOS 16 Problem? No Carrier Signal On iPhone? (Fix?)

Posted in Errors and Issues, Bug Fixes by Mike on November 23, 2022 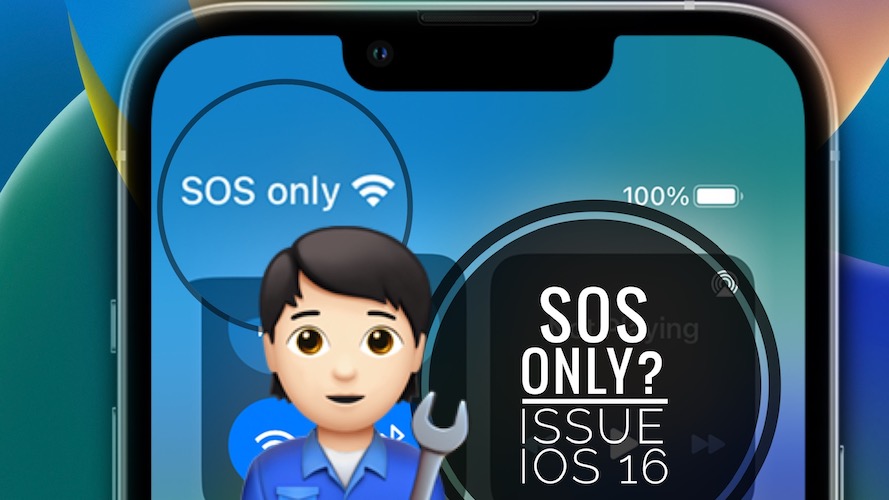 Seeing SOS Only on iPhone, in the status bar, next to the WiFi icon? Device has no carrier signal, similar to No Service error? It can’t dial or receive regular calls and texts? Issue started after iOS 16 update and continues in 16.1 and 16.1.1?

“iPhone 11 and i can’t get the sos off the top right of my screen. Have tried numerous instructions to remove – but it still comes back. Help!”

We couldn’t replicate this unexpected behavior but have found numerous similar complaints on Reddit (1, 2, 3, 4 and 5):

“Updated to ios16 and phone is in SOS mode!”

“Iphone is currently stuck in SOS ONLY mode in place of my carrier after updating to ios16.”

Apparently this is a widespread issue as a larger US carrier employee confirmed on Reddit:

“Since ios 16 launched the amount of X/XR, XS, 11, 12 and even 13s that have come in with this issue is absolutely unbelievable.”

How To Fix SOS Only iOS 16 Issue

Unfortunately, at the time of writing, there’s no clear fix for this bug. However, based on the numerous reports here is what you can try to troubleshoot:

A reboot works in some cases, but it proves itself to be a temporary solution. We recommend you apply the force restart combo:

Your carrier might try to address this issue via a settings update. When this happens a new carrier update is available in:

Settings -> General -> About. It will pop up on the screen. If it doesn’t it means that there’s no update and you can proceed to the next step.

VPNs should not mess carrier service but an iOS 16 bug could create an exception. Some users confirmed that they managed to fix SOS Only / No Service errors after disabling VPN:
Go for Settings -> General -> VPN & Device Management -> Disconnect VPN.

Some have confirmed that they managed to fix the SOS Only issue by clean installing the current iOS version.

This is done with the help of a computer (Mac or Windows), Finder or iTunes software and a Lightning to USB (USB-C) cable.

A step-by-step guide is available here. 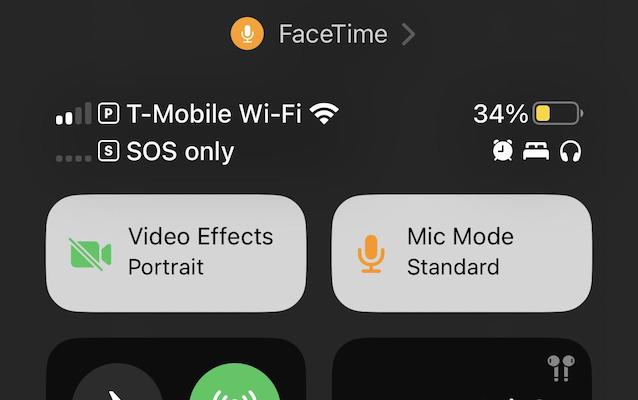 We’ve seen reports of Dual Sim users that experience SOS Only error only with one of the two cellular plans.

Apple has released the iPhone 14 and 14 Pro models as eSIM only devices (in the US market). A bug in iOS 16 might expect this type of cellular connectivity for earlier models too.

If available, we recommend you to replace the physical SIM with an eSIM and see if the problem persists. More details are available here.

Last but not least, you can also revert back all the way to iOS 15.6 RC using a computer and then eventually update over-the-air to iOS 15.7.1.

If you haven’t experienced the SOS Only problem while running iOS 15, this might be the only working fix if everything else doesn’t work. A sept-by-step tutorial is available here.

Downside: Apple Watch will stop working if you’ve updated it to watchOS 9 or later. You can’t manually downgrade your wrist-worn gadget.

Have you managed to fix the iOS 16 SOS only bug? Do you have a better solution or other problems to report? Share your feedback in the comments.

Related: For other iOS 16.1.1 issues and the available workarounds please check our detailed review.

6 Responses to SOS Only iOS 16 Problem? No Carrier Signal On iPhone? (Fix?)