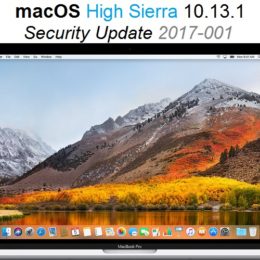 Less than a day since the major macOS High Sierra root superuser bug has been detected and tweeted by Lemi Orhan, Apple has issued a Security Update labeled 2017-001 which patches this macOS vulnerability and secures Mac from unauthorized third party access. We’ve already shown you yesterday, how to temporarily fix the glitch and now… 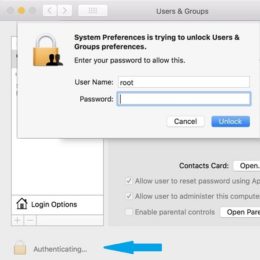 A huge macOS High Sierra security flaw has just been uncovered by developer Lemi Orhan which allows a root superuser on any Mac running the above mentioned OS version to gain full admin access without providing any password. This situation requires your utmost attention and below you can find a temporary fix to patch this…

Read More
Tags:AdminBugFixMacmacOS High SierraRootSecurity
Copyright © 2014 - 2022 iPhoneTricks.org
This website is not owned, licensed or affiliated with Apple Inc.
The content of this website is not supplied or reviewed by Apple Inc.
iPhone is a trademark of Apple Inc. For more info please read our Disclaimer.