6 Ways To Send Digital Touch Messages With iPhone and iPad 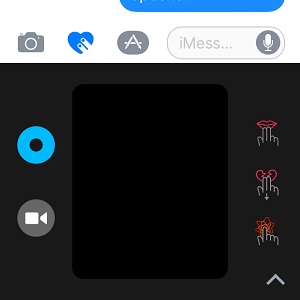 The Messages app receives a huge and much awaited upgrade with the release of iOS 10. Your iPhone, iPad and iPod touch borrow functionality from the Apple Watch and are now able to send your Heart Beat, Taps and Animated Sketches. More, the Messages app has it’s own iMessage App Store market with apps available for download that promise to bring iOS chatting to a higher level.

iOS 10 is currently in its beta testing phase. The software is fine tuned before the official release scheduled for this September. You can try it out too, if you install the Public Beta, or wait until this fall for the general roll-out. In the meantime take a look at how Messages has changed in order to keep up the pace with the major cross-platform messaging apps like WhatsApp, Facebook Messenger and Snapchat.

6 Ways To Send Digital Touch Messages With iPhone
To compose a Digital Touch message open the stock app and tap on an available conversation thread or choose a new Contact to text. In the compose message screen, tap the heart icon that comes with two fingers on top. It’s available next to the new text field, in-between the Camera and iMessage App Store shortcuts. The Digital Touch Panel opens up and you can do the following: 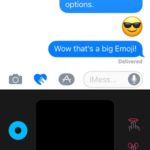 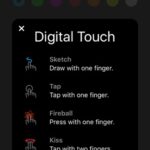 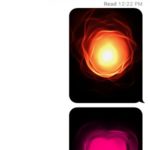 1. Sketch: Slide your finger across the screen to draw. Choose the desired color, by tapping the round symbol available on the left side, just above the Video icon from the palette available nearby. Hurry up because you only have a couple of seconds to complete your message.
2. Tap: if you hit the screen of your iPhone or iPad with one finger a tap is recorded and sent to your conversation partner under the form of a haptic feedback. You can tap several times, compose your own rythm. As soon as you stop the sequence the Digital Touch message is sent.
3. Fireball: Press the display of your iOS device with a single finger to generate a Fireball at your receivers end. The message is instantly sent after you release the press.
Tip: If you press & hold the fireball turns into a fire flame that burns until you release. 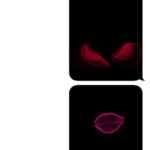 4. Kiss: Send your loved one a Digital Touch Kiss by tapping your screen with two fingers. Two pink lips will be displayed at the other end.
5. Heartbeat: If you tap and hold with two fingers the Kiss transform into a Heartbeat. Send your Pulse to a close Contact, the same as you do it on your Apple Watch.
6. Heartbreak: If you’re heartbroken you can express your feelings with your chat partner by tapping, holding and dragging down two fingers on the iPhone’s screen.

How To Send Video Recording With Digital Touch Message
You can send all gestures described above, mixed up, and displayed on top of a real-time video captured with the help of your iPhone’s camera. Tap the Video icon available on the left side of the Digital Touch pad. You can draw before and during recording. Do mind that the video can be maximum 10 seconds long. In case you feel too inspired, make sure that you draw before you tap the Red Circle to start recording. Finish your artwork while the video is recorded. 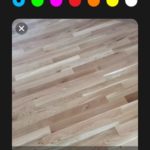 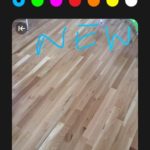 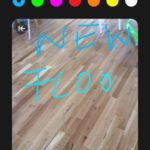 Tip: Add Tap, Kiss, Heartbreak and the other available effects!
Fact: The recording isn’t sent automatically. If it doesn’t go as planned simply delete it by pressing “X” in the top left corner of the screen and start over.