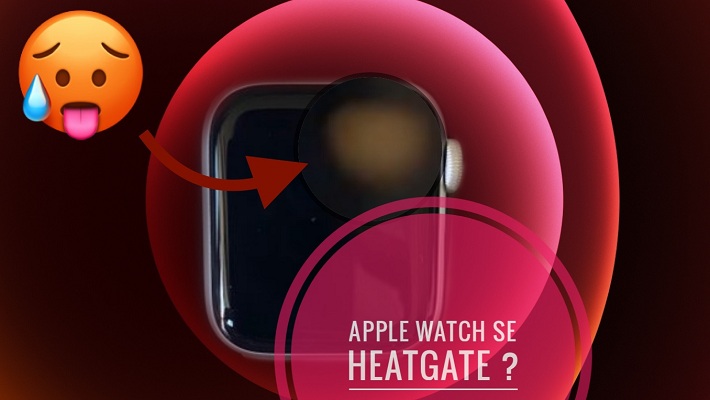 If you’re an Apple Watch SE owner you have to read this! It appears that a certain batch of the low-cost 2020 Apple Watch is having a manufacturing problem that causes serious overheating! The issue is significant because it bricks the watchOS 7 device!

According to a Reddit topic, the Apple Watch SE overheating is so strong that a yellowish burnout mark remains visible in the top-right corner of the screen! That’s the area above the display connectors. The Taptic Engine and the Digital Crown should be also nearby, if the Apple Watch SE internals are similar with older models.

If you own an Apple Watch SE that fits the profile of the overheating cases described above, avoid to sleep with the device strapped on your wrist. 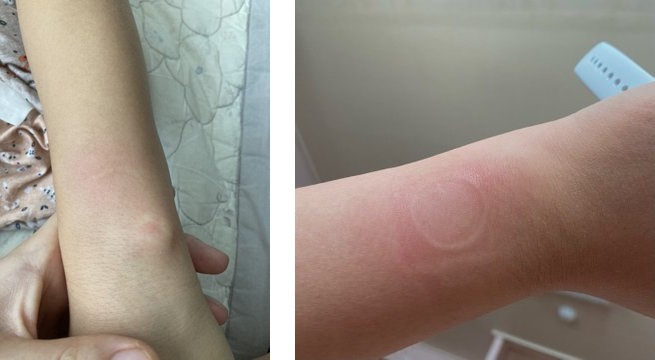 Two out of the six overheating incidents occurred while the smartwatch was on the wrist, causing red skin and discomfort to the user. In one situation the owner was woken up by the heat on its wrist.
All other 4 cases happened while the Watch was connected to the charger.
All incidents occurred in a short time frame after the Apple Watch SE was unboxed. Some in the first couple hours of usage while others up to 3 days after the new owner started using the smartwatch.

Important: If you’re an Apple Watch SE owner, don’t panic, but act with caution. There have been millions of Apple Watch SE models already sold and only 6 devices have been plagued by the Heat Gate. However, it’s better to be careful until we get an official point of view from Apple.

Are you an Apple Watch SE owner? Let us know if you experienced any overheating since you purchased the device. Use the comments section available below.

Related: How to fix Apple Watch randomly restarting in watchOS 7!