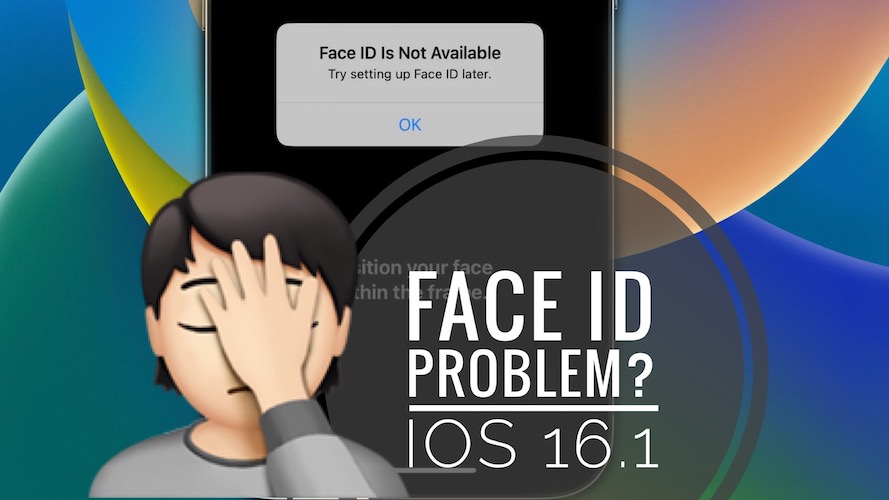 Face ID is not available iOS 16

Are you getting Face ID is Not Available error after iOS 16 or iOS 16.1 update? You’re asked to try to set up Face ID later? Setup gets always stuck at the ‘Move iPhone a little higher’ or a little lower stage?

Face ID Is Not Available iOS 16

This issue has been reported by several readers including:

The problem has been reported as early as the iOS 16 beta versions, as noted here on Reddit.

It flared up again after last week’s iOS 15.7.1 RC release and we covered it here.

How To Fix Face ID Not Available iOS 16

Users that had problem with Face ID after iOS 15.7.1 RC update have managed to fix it by updating to iOS 16.0.3. However, now we have the same issue reported for iOS 16.1.

Face ID is not available error is identical with the one in iOS 15.7.1 RC. This makes us anticipate that it has something to do with the security fixes that have been implemented in iOS 16.1 and iOS 15.7.1.

Nevertheless, Apple has just released iOS 15.7.1, with a different build number than the RC. We’re still waiting for confirmations but it appears that the Face ID problem has been patched.

Update, November 21:
Problem persists in iOS 16.1.1 and there’s not much that you can do to fix it, except downgrading to iOS 15.

Apparently, Face ID will work if you place your iPhone screen down before you pick it up to scan your face!

Credits: This tip has been provided by hackiesaur on our Twitter account. Does it work for you to?

Important: If you’re experiencing the same issue please report it in the comments section available below.

Do mention iPhone model, previous version before updating and any other details that could help us to find the trigger and a potential workaround.

Have you managed to fix Face ID not working in iOS 16.1? Do you have a better solution? Please share it in the comments!

Related: For other iOS 16.1 issues and their available workarounds please check our extended review.

43 Responses to Face ID Is Not Available? Try Setting Up Later? iOS 16 Bug?