How To Fix iPhone Screen Wakes Up Randomly Without Touching 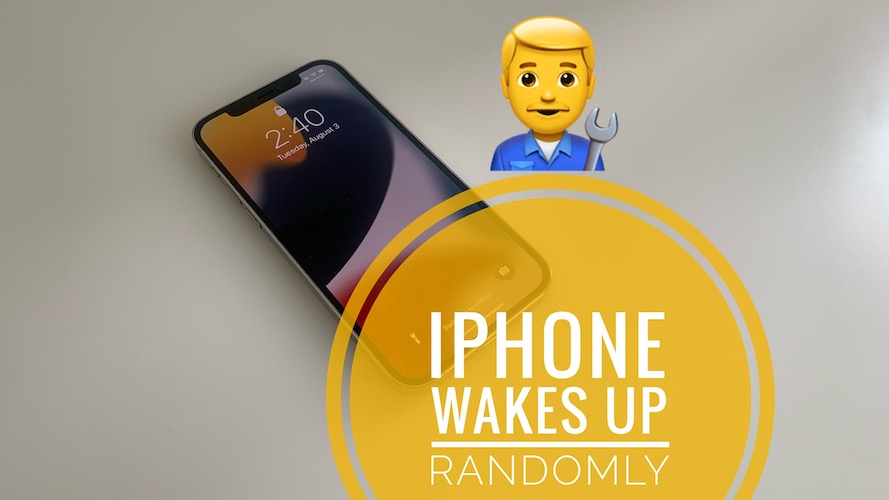 Is your iPhone screen turning on randomly without the screen being touched? Does the display light up by itself every now and then? No, you’re not dealing with a ghost, but rather with an iOS bug or a glitchy third-party app that refreshes in the background and accidentally triggers the iPhone screen to wake up!

iPhone Screen Turns On Without Touching In These Cases:

Before we go through the most common troubleshooting steps you have to be aware that an iPhone screen is set to wake even if you’re not touching it:

The iPhone screen will always light up when a notification is triggered, unless you’re using the Sleep Focus, Do Not Disturb or any similar notification filters.

Fact: If your device is on Silence mode when a notification is issued, the screen turns on without any audio alert. This could make your iPhone look like it’s waking up randomly.

The iPhone screen will turn on when you grab the device, without the screen being touched. This happens when the Raise to Wake feature is enabled in Settings -> Display & Brightness.

How To Fix iPhone Screen Wakes Up Randomly

If your iPhone screen turns on by itself in standby on your desk or on your pocket, reboot your device. If this abnormal behavior continues proceed with the following troubleshooting steps:

An app could act erratic in the background and cause the iPhone display to light up.

To identify it browse for Settings -> Battery and check the Battery Usage by app for the last 24 hours. An app with intensify background activity should be displayed towards the top of the list.

Open the App Switcher (swipe-up from the bottom of the screen) and dismiss the card of the app in question to force close it. In my case the culprit was WhatsApp. 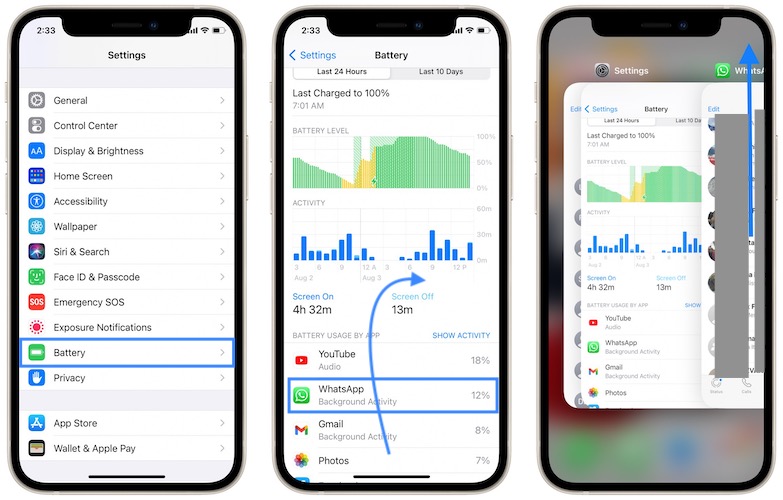 WhatsApp Web – a strange behavior causes the iPhone screen to light up when an user is signed into WhatsApp web from a desktop, with the same account that’s active on the iPhone.
Workaround: requires you to close the WhatsApp web tab in your desktop browser.

Tip: Also make sure that WhatsApp for iOS is updated to the latest version, to filter out any lingering glitches.

Siri isn’t perfect and it can misinterpret the ‘Hey Siri’ command, especially if your iPhone is configured in the English language but you’re speaking a foreign one most of the time. 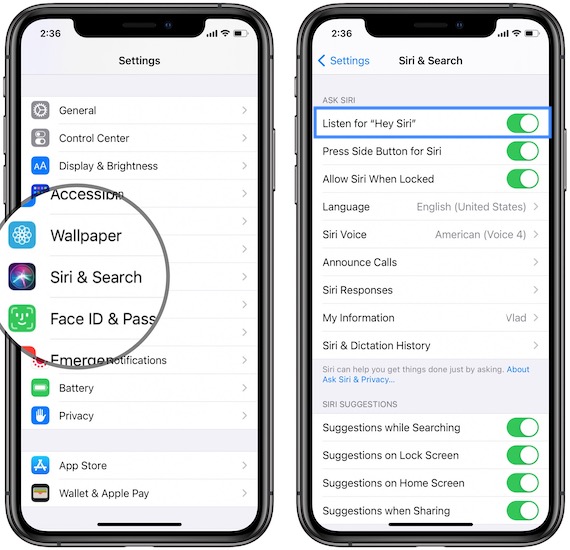 Workaround: To avoid random iPhone screen wake ups, you can disable the ‘Hey Siri’ feature in Settings -> Siri & Search -> Listen for “Hey Siri”. You can long-press the Sleep/Wake button or use some other accessibility features like back tapping to invoke the virtual assistant.

A series of iPhone users that are beta testing iOS 15, have reported that the iPhone screen wakes up randomly while running iOS 15 Beta 3 and Beta 4.

It’s either an iOS 15 bug that causes the iPhone screen to turn on by itself, or a new setting that’s triggering third-party apps that haven’t been optimized for iOS 15, to misbehave and trigger accidental screen wake ups!

Workaround: If you fit in this category, either downgrade to iOS 14.7.1 or be patient until iOS 15 Beta 5 is released with a potential fix!

Have you managed to fix iPhone screen turning on by itself? Did any of the tips above help you out? Are we missing something? Use the comments section and share your feedback.