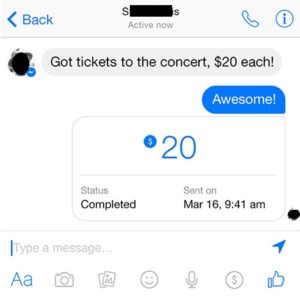 Facebook and PayPal have managed to get ahead of Apple when it comes to peer-to-peer payments, although the Cupertino-based tech giant has announced Apple Pay Cash since May, during WWDC 2017. The person-to-person payment option for iMessage hasn’t premiered, as expected, with the release of iOS 11 and will most likely be enabled in the with the imminent iOS 11.1 iteration.

Nevertheless, Facebook and PayPal have joined forces and are rolling out an update for the iOS Facebook Messenger version that supports contact-to-contact payments withing the cross-platform messaging software. The feature will be initially available within the United States, with expansion plans to other markets in the near future. If you’re American citizen all that you have to do is to link your PayPal account with the Facebook app and follow the steps described below.

Update: This feature is now available for UK customers too.

How To Make PayPal P2P Payments In Facebook Messenger 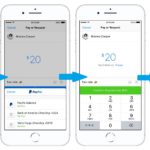 Whether you want to borrow your friend a few bucks, split a restaurant bill or pay for the night out, here is how to use Facebook Messenger for iOS, to transfer money between PayPal accounts:
1. Make sure that Facebook Messenger is updated to its latest version.
2. Start a new FB Messenger conversation or open a thread that you’re already engaged in.
3. Tap the blue “+” icon.
4. Next, select the green Payments button.
5. Select if you want to send or receive money.
6. Select PayPal as source of funds and confirm the P2P payment with your Messenger contact. Money is instantly subtracted from your PayPal account balance and added to the receiving end.
Fact: Standard fees and commissions apply for these transactions via Facebook Messenger!

Tip: You might also be interested in how to command Siri to send or request PayPal payments!

Last Updated on November 7, 2017 by Patricia