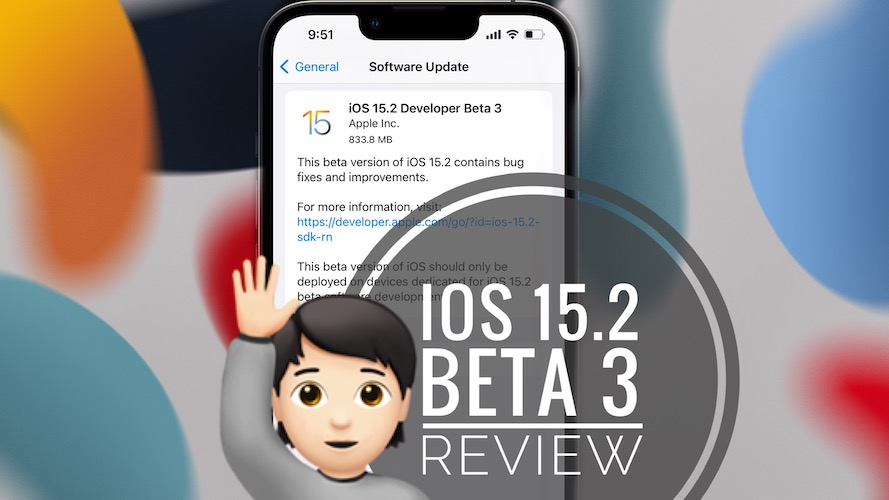 Apple has seeded iOS 15.2 Beta 3 with build number 19C5044b. This third test version comes one week after the release of Beta 2. It doesn’t include too many new features as we’re getting closer to the Release Candidate version. 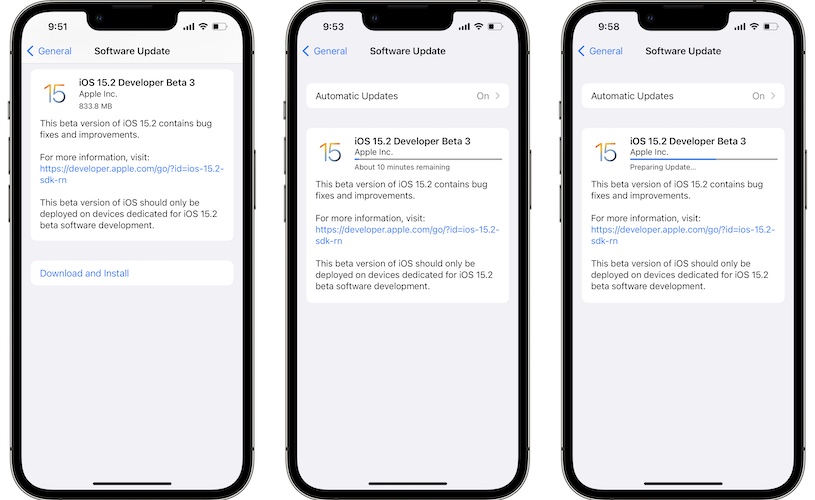 This new beta is available over-the-air in Settings -> General -> Software Update on all compatible iPhone and iPad models, that run an appropriate iOS 15 Configuration Profile!

Important: iOS 15.2 Beta 3 is currently only available to registered Apple Developers. But it should be released in the next hours, or by the latest, tomorrow for Public Beta testers too.

How to: You can download the iOS 15 & iPadOS 15 Beta Profile for free on the Apple Beta Software Program web page. A step-by-step guide is available here.

The release notes mention a single new feature, but other changes might be included in this third beta. If you spot anything new, don’t hesitate to inform us using the comments section: 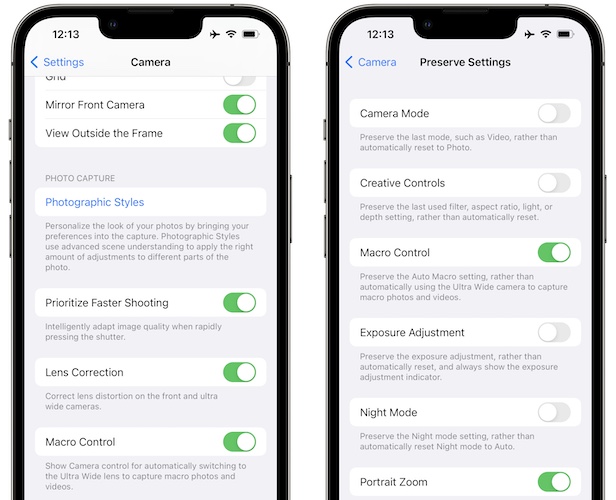 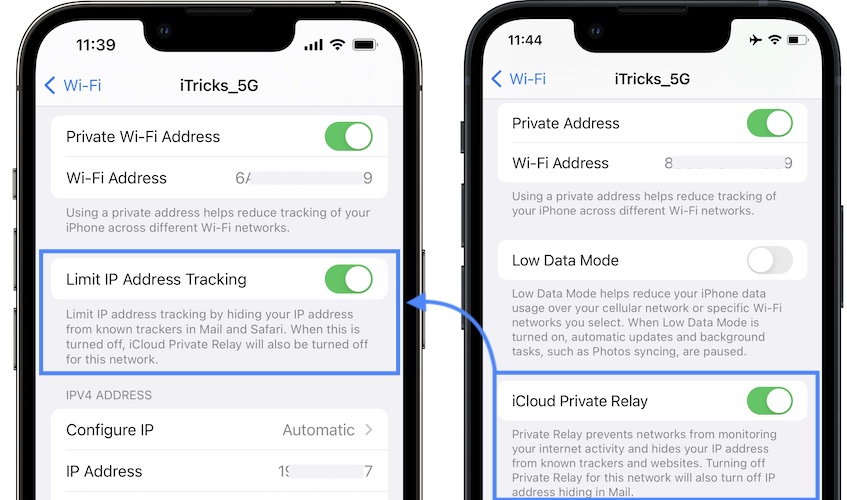 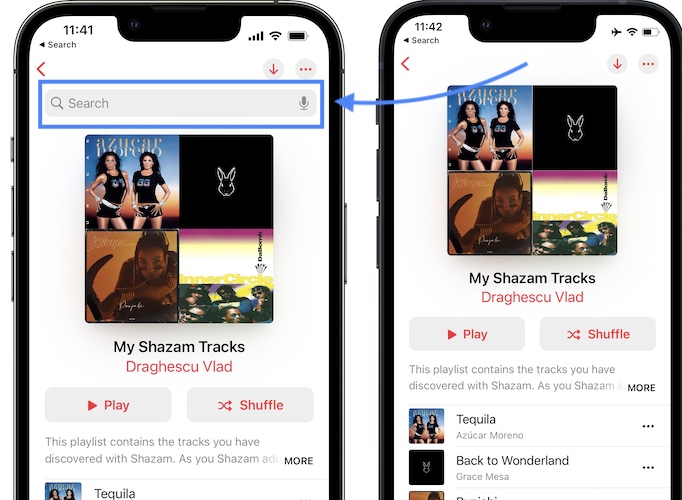 Fact: These new features are compared to the previous beta. To check out all new features included in iOS 15.2 so far, read our Beta 1 and Beta 2 reviews. 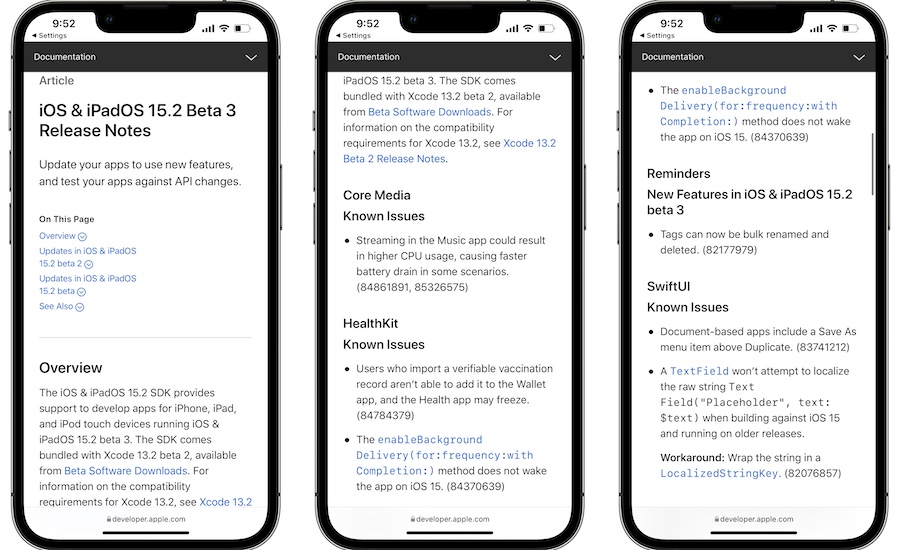 The highlighted release notes in the Software Update screen mention ‘bug fixes and performance improvements’. However, we get more details in the Developer release notes. Check them by viewing the above screenshots or on Apple’s website here.

Apple doesn’t mention bug fixes in this update log but most of the times these are included in the betas without being highlighted. Below you can find a collection of problems that we discovered or have been submitted by iPhoneTricks.org readers:

Check out a list of the common iOS 15.1 & iOS 15.2 issues. Help us determine which have been fixed and which not. Use the comments section:

If you notice any iOS 15 issues that are fixed in this release please let us know and we will update them here.

New problems encountered in iOS 15.2 Beta 3 are listed below. Don’t hesitate to report them.

Have you updated iPhone to iOS 15.2 Beta 3 or iPad to iPadOS 15.2 Beta 3? What’s your feedback? Do you have questions or suggestions? What about new bugs? Use the comments section!