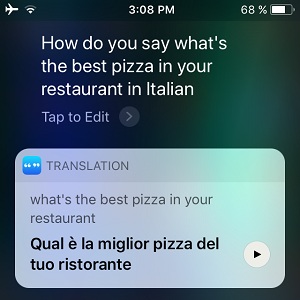 iOS 11 brings a lot of new features and enhancements to your iPhone and iPad. We already got the chance to share with you long-awaited additions like editable Control Center, Screen Recording, built-in QR code scanner in stock Camera app and many more enhancements. Today we review a new feature that impacts Siri. The iPhone’s virtual assistant receives an “intelligence” upgrade. A more natural voice makes it sound more human and become much more expressive.

Rumors claiming that the next generation iPhones will receive another standalone chip built to focus on artificial intelligence tasks, to further enhance Siri’s intellect are also confirmed by the new iOS 11 Voice Translation feature. You can ask your iPhone’s virtual assistant to interpret an English phrase in Chinese, Spanish, French, German or Italian and Siri will prompt you with the translation as well as the option to speak it out for you. 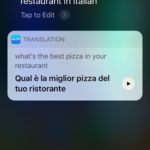 How To Ask Siri To Translate
1. Wake your virtual assistant with the help of the Hey Siri command, or by pressing and holding the smartphone’s Home button.
2. Speak out the following command: How do you say [phrase that you want to translate] in [language name that you want Siri to interpret to]
3. A prompt with the translation is displayed on Siri’s interface. In the same time the interpretation is spoken out. Touch and hold on the text to copy it and paste it within Messages or Mail! 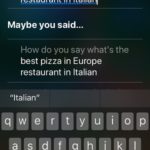 4. Tap the Play button if you need to use the audio version of the translation. The virtual assistant will speak out the interpretation so that you can ask a foreign waiter for example, about the most popular pizza assortment in its restaurant!
Info: If the command wasn’t properly registered you can use the Tap to Edit function and manually correct or replace a word from the phrase!

Fact: Translation base will surly increase until the general public release of iOS 11 scheduled for this fall, especially with the new AI chip coming with the iPhone 8.