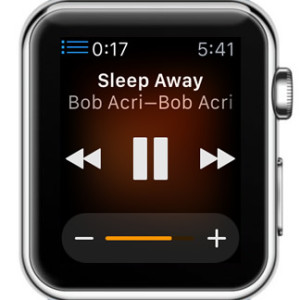 Another interesting thing that you can use your Apple Watch for is remotely starting, stopping and choosing songs to be played on your Mac or Personal Computer. The wearable isn’t only limited to controlling music playback on the paired iPhone! We’ve already shown you how to use the Watch OS gadget as a remote control for an Apple TV and now it’s time to inform you about playing tunes on your notebook or desktop computer.

This feature is provided by the Remote app available on your Apple Watch. Connectivity between your wearable and a Mac or any other computer is established via Wi-Fi. Both devices have to be connected to the same wireless hotspot. It’s practically the same principle as the one used for pairing the Watch with your Apple TV. As an extra, you need iTunes installed on your computer, to access the music library.

How To Pair Apple Watch With Computer 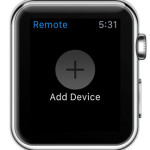 If you already use your wearable to control music playback on your iPhone, it’s time to extend its range on your computers:
Step 1: If not available yet, download and install iTunes on your Mac or PC and open the software.
Step 2: Make sure that both Apple Watch and the computer you wish to remote control are connected to the same Wi-Fi network. The watch OS device automatically connects to the wireless hotspot chosen via the paired iPhone. Actually, check that both iOS device and computer are connected to the same router.

Step 3: Flick your wrist and tap the Digital Crown until you open the home screen app layout. Tap the Remote app icon and hit “Add Device”.
Step 4: Return to your computer and search for the Remote button, which shows up in iTunes, immediately after you perform the command described at the previous step. (Depending on your iTunes version the Remote icon appears either in the upper-left section of your screen, right below the Volume controls, for iTunes 12 or later. If you run an earlier version the Remote button unveils itself in the upper-right corner near the Search field.)
Click this newly available button!
Step 5: Your Apple device displays now a 4-digit passcode, which has to be typed in your computer, to pair it with your wrist gadget. Do it and the two devices are now connected!
Tip: Repeat the process if you wish to add more computers to the Apple Watch Remote app. 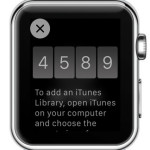 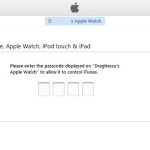 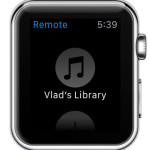 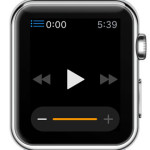 An effect of adding your Watch as remote control for your computer, you’ll see the paired iTunes Library displayed on the Remote app’s home screen. Tap it and you’ll access music playback controls.
Hit the Play button and the first song in your library starts running. Browse tunes by pressing the fast-forward/backward buttons. Use the Volume control bar to adjust sound levels. Pause/Resume melodies from the comfort of your wrist. Turn the Digital Crown to adjust Volume intensity, without touching your Watch’s screen.
Fact: Because the connectivity is facilitated via Wi-Fi, remote control operating range can be significantly larger as the 33 feet (10 meter) limit imposed by Bluetooth. 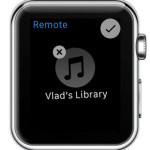 If you no longer own or use a Mac or PC you can delete its iTunes library from the Remote Watch OS app. Open the software in question and press firmly on the screen, while your smartwatch displays the application’s home screen.
Force Touch brings up two additional options: Add Device and Edit.
Tap the second and the library icons start to shiver. Tap, the “x” on the one you wish to erase and confirm your command by selecting “Remove”. Hit the check sign, available in the top-right corner to finish editing.