Posted in Reviews by Patricia on November 1, 2016 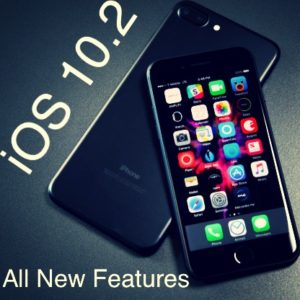 Apple has started seeding iOS 10.2 Beta versions during Halloween 2016. The initial test firmware is aimed for those iPhone users that own a developer account, but the Public Betas should become available soon too. A bunch of new features and changes have been included in the initial Developer Beta. We’ve detected 13 changes to be more precise, and I’m not sure if this is a spooky coincidence. As usual the Cupertino-based tech giant is including the improvements in the early test versions. It then focuses on improving stability and fine tuning them in further releases, until the official version is shaped up and rolled out to the general public.

This article includes all new features spotted in iOS 10.2. We are updating the content whenever a new Beta is released, and edit the features if needed. A change is signaled by the “Updated” label to let you know what’s changed. iOS 10.2 Beta 1 includes a whole range of new additions that include a widget for Videos, Preserve Camera Settings, new Emoji with Unicode 9.0 support, new wallpapers and much more. Each novelty that we detect is presented below, along with a print-screen.

13 iOS 10.2 New Features
Feel free to add your comment at the end of this article, if you detected other changes that aren’t featured in this list: 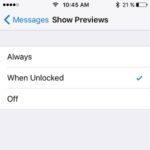 1. Show Previews When Unlocked
Not many have noticed this change, but it’s one of the most important from my point of view. Until iOS 10.2 previews for Messages could be set either On or Off. Disabling them kept away curious eyes from reading them when your iPhone is displayed in a public space like a table. However, the setting became unfriendly when your were using the device and the banner notification unveiled with a hidden preview, preventing your from finding out if the message is important at a glance. Now, the When Unlocked option has been added to the Show Previews setting. It hides previews if iPhone is locked and displays them if you’re using the device.
Tweak this feature in Settings -> Notifications -> Messages -> Show Previews. 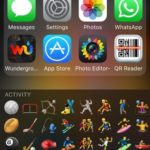 2. New Emoji & Unicode 9.0
Those of you that love emoticons will be thrilled by the iOS 10.2 update. Besides adding a whole new range of Emojis (about 72 new ones), all of them receive a complete redesigned along with the added Unicode 9.0 support. This makes the cartooned icons more vivid and feel lifelike. The details level increases considerably. You can check the print-screen available nearby to check out a few of the new arrivals. They feature a whole new range of professions (including astronaut, judge and many more), new animals (squid, gorilla, duck, fox), actions (shrug, fingers crossed) as well as female versions for exiting emoticons. 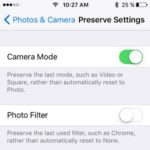 3. Preserve Camera Settings
This is a much expected addition to the built-in Camera app. Until iOS 10.2 every time when the viewfinder was opened the Photo mode was automatically selected. Now, you can ask your iPhone to save the last mode that you used the Camera the last time around. This is done with the help of the Preserve Settings option available in: Settings -> Photos & Camera -> Preserve Settings. Tweak Camera Mode On. You can also enable the Photo Filter setting to remind your Camera the last used Photo filter, instead of getting the None option.

4. Videos Widget
iOS 10 came with a revamped Widget view and added glances for its popular stock apps. However, Videos wasn’t featured in the initial update. Its widget has now been included in iOS 10.2.
Swipe-right from the Lock Screen to unveil the Widget view and scroll all the way down until the Edit button. Tap it and you’ll notice the new Videos shortcut featured at the top of the More Widgets list. The blue dot next to its name signals that it’s a new addition.
Fact: At the moment you can only activate and see and empty widget. Future betas will add functionality too. We will keep you updated. 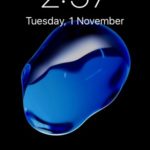 5. New Wallpapers
Three new backgrounds have currently been provided during iOS 10.2 Dev Beta 1. We expect more in upcoming releases. If you’re not a tester you can grab the new backgrounds for your current iOS version by taping & holding on the images provided here. Use the Save As function to download the wallpaper. It becomes available in Photos. Open the app, browse to the desired background and tap the Share icon. In the Share Sheet options you will find the Use As Wallpaper function.
Fact: If you’re into wallpapers you can download a few more wide gamut ones seen best on the iPhone 7 and iPhone 7 Plus. 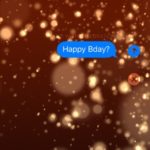 6. Celebrations iMessage Effect
Send Messages with effect is a new feature that was added with the app’s revamping along with the release of iOS 10. There were 9 animations initially included, 4 Bubble effects and 5 Full-Screen animations. The 10th called Celebrations has been added now in iOS 10.2 and is the 6th all-screen effect. It sends a rain of golden sparks along with your message.
Tip: You can also insert keywords that trigger fullscreen effects. Learn more about them here. 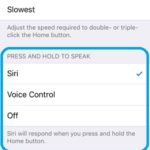 7. Press & Hold To Speak
Now you can determine how your iPhone’s Home Button acts when you press and hold it. A new Settings menu is available if you follow the following path: Settings -> General -> Accessibility -> Home Button. Scroll for Press And Hold To Speak and determine your selection. You can either completely disable the functionality and the Home Button won’t react at all if you press & hold it, or you can choose between Siri and Voice Control.
Trick: You can also have both features enabled if you activate Voice Control for the Home Button and use the “Hey Siri” voice command to wake your virtual assistant! 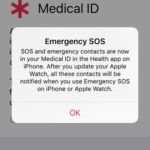 8. Send Location To Emergency Contacts
If you own an Apple Watch and have the Emergency SOS feature enabled on it, be aware that the info has been also added to your Medical ID in the Health app, thanks to iOS 10.2. Now you can edit the contacts from both the Health and Apple Watch apps.
This also means that all your SOS and emergency contacts will be notified when you use Emergency SOS on iPhone or Apple Watch. If the watch isn’t around use your iOS device to Share your Location in case of Emergency. 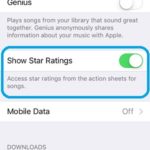 9. Show Star Ratings
The Music app has also been seriously tweaked with iOS 10. Another feature has been added now, in fact it has been reintroduced because Show Star Ratings was available in older iOS versions and then removed. It’s a feature that can now be enabled from the Music app Settings. It allows you to access star ratings from the action sheets of songs.

10. More 3D Touch Transparency
iOS 10.2 brings an increased transparency level for the interface. For example 3D Touch menus that pop up on the Home Screen are more transparent compared to the previous versions. This means that you can notice shades of the wallpaper under the 3D Touch popup.

11. Bluetooth Connectivity Icon
Whenever you connect a Bluetooth accessory, like a headset for example, to your iPhone a headphone icon is displayed in the right-hand-side of the status bar. This icon has been revamped in iOS 10.2 and also includes a Battery meter next to the headphone to inform you about the power level of the accessory.

12. Multiple News Sources
A minor change has also been detected in the News app. Whenever you set it up the application now asks you to pick at least three news sources. In previous iOS versions you could get away with a single selection.
Also, there is a new Next Up Stories button available in the bottom-right corner of a News story view that allows you to easily navigate to the next material.

This Music option has been removed from the app. We will keep you updated if Apple reconsiders this move in future betas.

Last Updated on November 6, 2016 by Patricia