Posted in Accessories by Vlad on August 4, 2015 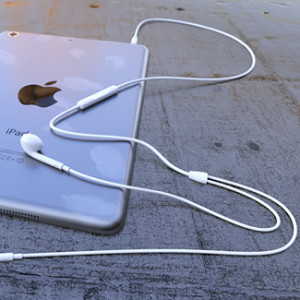 There are a lot of iPhone users, myself included, that don’t have a habit of using the original Apple headphones. The EarPods, as they’re called, are delivered together with the smartphone, when you initially purchase it. However, many iPhone owners prefer to use their gadget together with third party headphones, simply because they find the original earphones uncomfortable or aren’t aware of their features.

We currently can’t mess with physics and alter the shape of these earbuds, at least not until Apple decides to do it. But what we can do is take a look at all the functions available with this native headset. You’ll be surprised that excepting the most basic function of playing the iPhone’s audio output directly into the user’s ears, there are a lot of other tricks that you can accomplish with this accessory.

7 iPhone Tricks With Apple EarPods
First of all let’s tackle the most frequently used function. Smartphone owners love to listen to music while on the move, relaxing and some even while working. The EarPods help you to isolate your iPhone’s music playback from the rest of the audience, helping you not to disturb others while listening:

1. Skip Between Tracks: If your device started playing a song that you don’t fancy, you can grab the EarPods’ inline remote and double tap the center button to advance to the next track. Or, if your favorite song has just finished playing and you want to listen it again, jump back to it by triple pressing the same middle remote button.
2. Fast Forward or Rewind: You can use the earbuds’ remote to also fast forward an audio or video playback. This is achieved by double tapping the same remote button, described above. The only difference is that the second press should also be a hold. Release only when you wish to stop the fast forwarding process. Rewinding is also possible with a similar gesture shortcut. Do the triple press and hold the last one for as long as you wish to go backwards with the playback timeline.

Next, the Apple EarPods can prove themselves helpful when your iPhone rings. If you’re driving or riding a bike, it might be your only solution to continue with your trip and also engage in a conversation. More, the handsfree system is also healthier because it allows you to keep your smartphone away from your body, thus reducing EMF radiation exposure. So, here are a few tricks that you can apply in these situations: 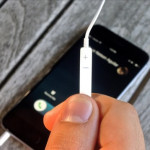 3. Answer Or Decline Incoming Calls: If your iPhone rings and you’re using Apple’s earbuds, simply press the remote’s middle button to answer. If you can’t pick up and need to immediately stop the disturbance, reject the call by pressing and holding the same button.
4. Switch Between Calls: In case Call Waiting is enabled, on your iPhone, you are able to pick up a second call, while being active in the first one. No matter if you initiated the conversation or you where buzzed, the moment the second call lands in, you can pick up and bring the first conversation on hold, by pressing the center button of the EarPods’ remote. Press again when you wish to switch back to the initial caller and so on.
5. Hang Up A Conversation: As you already noticed the middle button of the Apple EarPod remote completes mosts of the tasks. If you have an active call and wish to end it, press it once and you can get back to your auditions.

Last but not least there are a few more EarPod using tips that I want to share with you: 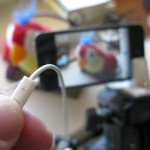 6. Call Siri: You can wake your iOS virtual assistant without needing to grab your iPhone, by pressing and holding the already famous middle button of the EarPods remote. After you hear Siri’s familiar greeting tune, you can speak your command.
7. Snap Pictures: If you don’t own a selfie stick, capturing photos with your EarPods remote is an alternative to the iOS Camera timer feature. Use the Volume button of the inline control unit to shoot frames. Of course that you can also use the Apple Watch as a remote shutter, in case you own Apple’s latest piece of technology.