How To Fix iOS 14.6 Battery Drain Issue On iPhone And iPad 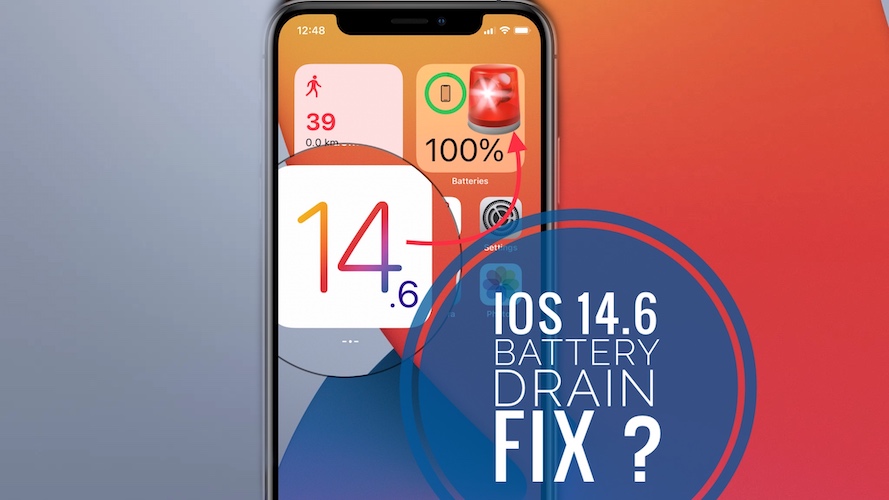 Is your iPhone battery draining faster than usual since you’ve updated to iOS 14.6? You’re not the only one! An important number of users are reporting this problem to us and posting it on community forums and social media websites. Unfortunately, it seems that we’re dealing with an iOS 14.6 excessive battery drain issue that can be solved only by downgrading to iOS 14.5.1, or by trying your luck with the iOS 14.7 beta, until a public release with a fix is issued by Apple!

Before you attempt to fix a potential iPhone battery drain problem make sure that you’re actually dealing with one! It’s normal for the iPhone battery to deplete faster than usual in the immediate aftermath of an iOS update, because the OS is reindexing various files and doing internal upgrades. However, if the excessive draining continues several days after the update, there’s a problem indeed!

If you’re using an Apple Watch alongside an iPhone running iOS 14.6, battery draining could be caused by your watchOS device as spotted by user Hans_Brickface on Reddit. 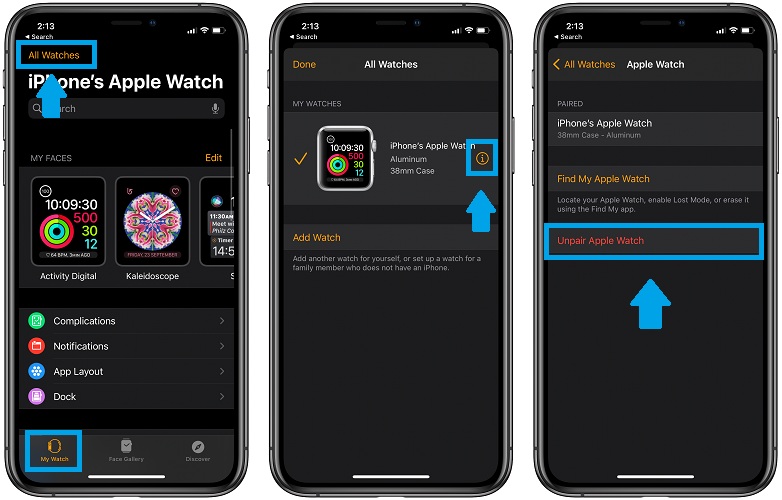 How To Fix: We’ve encountered a similar issue right after the release of iOS 14. Back then, Apple recommended users to unpair the Apple Watch, reboot iPhone an pair the Watch back.
We’ve already published a detailed step-by-step guide about this troubleshooting method. It’s available over here (you can skip the ‘Erase iPhone’ part and just reboot your device instead).

Next option for fixing the iOS 14.6 battery drain problem is to check and see if there is a certain app that’s causing the issue. 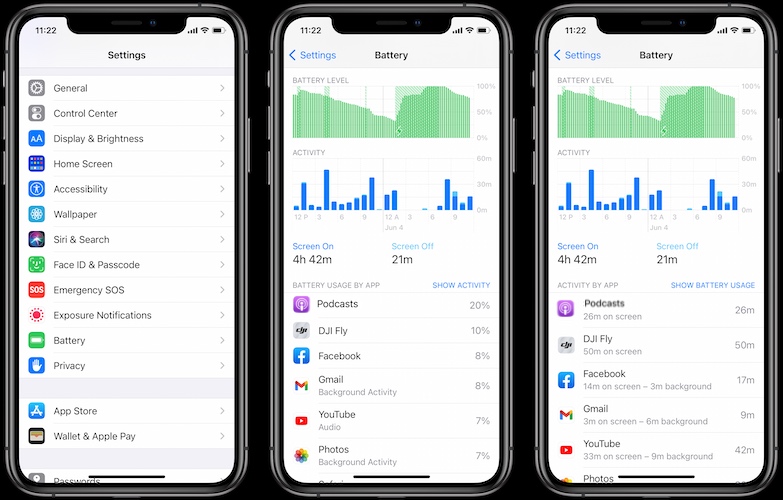 How To: Browse for Settings -> Battery and check the ‘Battery Usage By App’ section. Is there an app with an usual high battery usage quota, like the Podcasts app?

Fix: If that’s the case return to the main Settings screen and browse for General -> iPhone Storage. Scroll for the Podcasts app, tap it and use the Offload App feature. Confirm your selection. Force restart your iPhone, go back to Settings and reinstall the Podcasts app.

Tip: If iPhone battery draining persists, and the Podcasts app is registering high battery usage percentages you can temporarily replace it with a third-party podcasts app like Overcast (direct link).

Fact: The Podcasts app could be a plausible source for the iOS 14.6 battery drain bug, because it’s one of the apps that got an important update in this release. More, Apple planned to allow paid subscriptions as of iOS 14.6, but delayed the new feature until July 1, claiming that the platform requires more time for fine tuning. 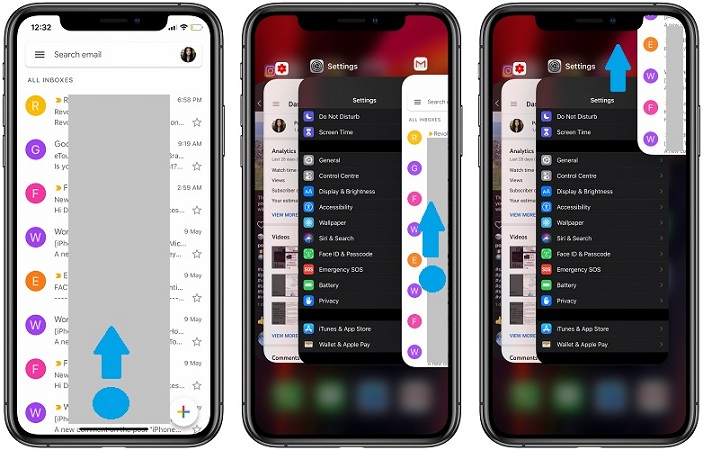 The iOS 14.6 battery draining bug is causing apps to intensify their background activity. If your iPhone feels warm when you grab it, although you haven’t used it in a while it means that some serious background activity is ongoing while the device is locked.
Fix: As a temporary solution I recommend you to open App Switcher (swipe=up from the bottom of the screen) and force close apps after you stop using your iPhone. Use the Battery Usage data, mentioned at Step 2, to detect apps that might score unusual background activity. You can start with cherry-picking the applications that you force close.

Another way to fix iOS 14.6 battery drain is to get rid of iOS 14.6 itself and return to its nearest predecessor iOS 14.5.1. .
Important: You do need an iCloud or iTunes backup to restore your iPhone from after downgrading to iOS 14.5.1.

Tip: Read this article, for a detailed step-by-step tutorial for this downgrade process

If the iOS 14.6 battery drain is very severe and you don’t have a recent backup to make the iOS 14.5.1 downgrade a good solution, you also have the option to try out the iOS 14.7 Public Beta. However, be aware that an iOS test version is by definition not a fine tuned release and thus prone to be more resource intensive and less battery efficient. 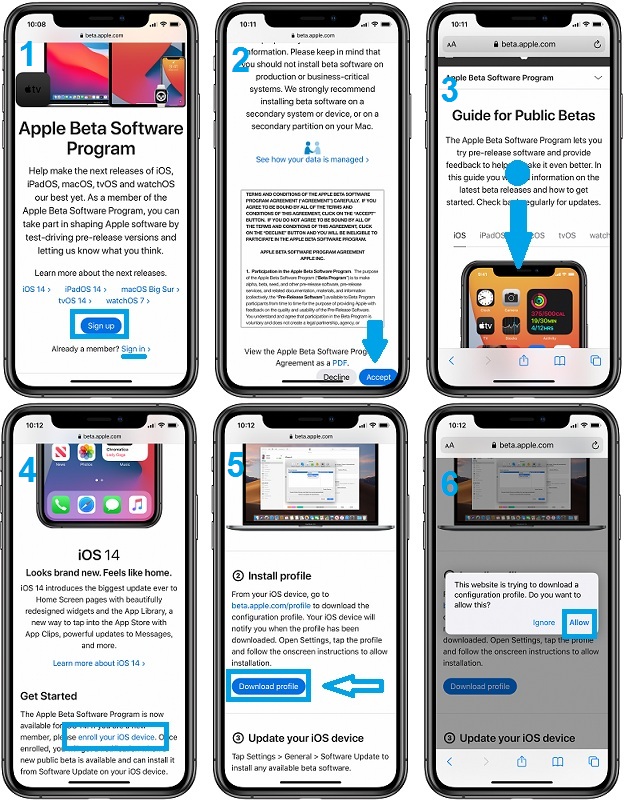 If the iOS 14.6 battery drain issue proves to be a large scale problem Apple will have to react quickly and will most likely patch the bug. If a server-side fix won’t be possible, a software update will be released. iOS 14.7 is already beta tested and could be pushed earlier to include the battery drain fix. Else, we should expect an iOS 14.6.1 labeled software update. Either way, we will be here to keep you posted!

AirTags seem to cause unusual Background Activity of the Find My app, which leads to iPhone excessive battery drainage in iOS 14.6. The quick fix requires you to remove the Bluetooth tracker.
How To: Browse for Find My -> Items -> AirTag Name -> Remove Item.

Workaround: If you don’t want to ditch the AirTag, check out 5 ways to troubleshoot this battery draining problem, while maintaining the Bluetooth tracker paired with your iPhone.

Are you facing the iOS 14.6 battery drain bug? Is your iPhone overheating alongside the excessive battery drain. What about the Battery Health? Has the Maximum Capacity value decreased since you updated? Have you spotted any apps that use an unusual amount of battery?

Use the comments section and share your feedback. We’ve already reported this problem to Apple and I’m sure that many others did the same. However, the more confirmations and details we have, the faster will the Cupertino-based tech company react to it!

Related: The iOS 14 generation has a history of excessive battery drain issues. These could be justified up to a point by the large number of new features introduced in this release, which required a longer amount of time for fine tuning.

However, since the last important battery drain complaints in iOS 14.2, there have been no other notable problems. You can read here about some more battery drain fixes which include force restarting iPhone, pinpointing resource intensive apps and offloading them and more.

18 Responses to How To Fix iOS 14.6 Battery Drain Issue On iPhone And iPad