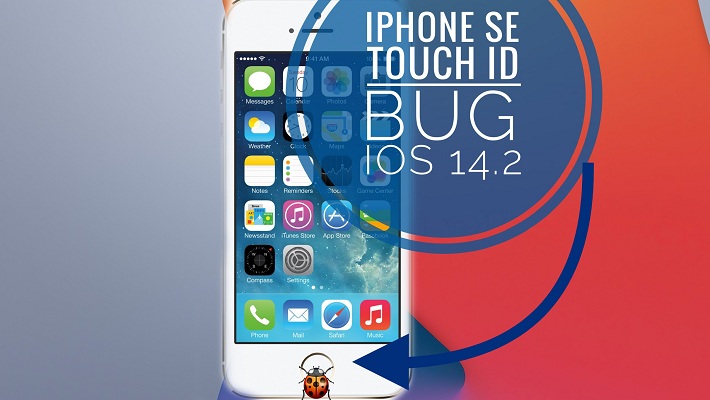 Is the Touch ID on your iPhone SE not working after updating to iOS 14.2? You’re not the only one. We’ve recently received a bug report about a 1st generation iPhone SE that’s failing to unlock or authenticate purchases with Touch ID. The problem surfaced right after the device was updated from iOS 14.1 to iOS 14.2!

iPhoneTricks.org reader Cees informs us that Touch ID has stopped recognizing his fingerprint as soon as he updated to the latest iOS 14.2 software version. While removing old fingerprints works, adding a new one isn’t working. The Touch ID sensor doesn’t seem to be able to recognize and register fingerprints anymore.

All things point to the fact that iOS 14.2 has been released with a Touch ID bug and the only way to fix it is for Apple to patch it in an upcoming software updated. Here is what you can do in the meantime:

It most likely, won’t help, but you should never leave this step out when troubleshooting and iPhone bug. Force restart your device and check if Touch ID starts working again.
Tip: iPhone SE 1 is force restarted with the old Home Button + Power Button press, while iPhone SE 2nd gen force restart works similar to the iPhone models with edge-to-edge display.

iPhone unlocking and other authentications like App Store purchases can be validated with your iPhone Passcode. This is of course, less seamless, but at least it works.
Tip: If you’re annoyed by having to type the Passcode every time you grab your iPhone you can as well temporarily disable it. This comes with its security risks, but you can at least disable it while you’re at home.
How To: Settings -> Touch ID & Passcode -> Turn Passcode Off

Because iPhone SE Touch ID stopped working after updating to iOS 14.2, a good troubleshooting idea is to try out the iOS 14.3 Public Beta. It was released a couple of days ago and can be downloaded for free using this extended tutorial.
Unfortunately, we don’t couldn’t replicate this issue and thus attempt to fix it, but would appreciate if you can use the comments section and confirm if this works.

Below you can find the original issue description:

iPhone 5SE upgraded to iOS 14.2.
After that ID Touch does not work any more. Tried to remove an existing fingerprint: no problem.
Adding a new fingerprint was not possible.
Sensor did not register the new fingerprint. All Applications using the fingerprint feature could only be used via their password. Problem started After upgrading from 14.1 to 14.2.
Very annoying!

Are your facing a similar issue? We’re not sure if the bug flares up only on the 1st gen iPhone SE, or if it also happens on the iPhone SE 2 and other iPhone models with Touch ID. Please use the comments section and share your feedback.

Related: Other common bugs reported in iOS 14.2 are:
– Notifications in Messages are randomly not working
– Incoming call banner flickering and can’t be interacted with.
– Optimized battery charging auto activates after it’s manually disabled.