How To Invoke Siri On The iPhone X 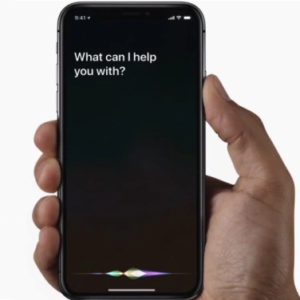 How to ask Siri a question on iPhone X.

So, you just upgraded to the iPhone Ten and are looking for a way to wake up Siri and command your way through the iOS environment. Of course, that you can’t use the traditional Home button double-click command because, obviously, there is no Home key available. The iPhone X’s gorgeous edge-to-edge OLED display leaves no room for obstructions excepting the accepted top notch that hosts the True Depth camera system which powers the revolutionary Face ID and Animoji features.

Yes, you can still wake up the iOS virtual assistant vocally with the help of the ‘Hey Siri‘ voice command. But there are situations when you want to invoke Siri the traditional way, with the help of a button, especially when you’re in public and want to use Type To Siri, because you don’t want to disturb others by speaking out loud. 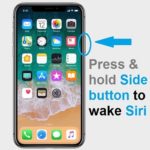 How To: Simply, press and hold the Side button (former Sleep/Wake button) until the iOS virtual assistant wakes up and is ready to fulfill your tasks. It’s a similar command to the one used on previous iPhone models. The only thing that changes is that the Home button is replaced by the button available on the right side of the iPhone X.
Fact: To use the ‘Hey Siri’ feature you have to enable it from the Settings app. Browse for Siri & Search and make sure that the Listen for ‘Hey Siri’ option is enabled.

Fact: Did you know that Siri can translate and speak out phrases in iOS 11?