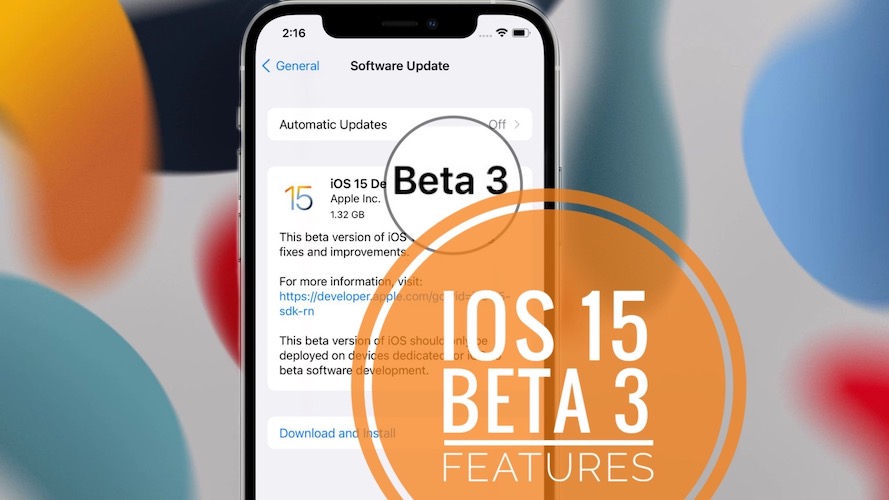 You’ve seen iPhone users already testing out iOS 15 Beta 3 build number 19A5297e, but the new test version isn’t available on your iPhone’s software update screen? That’s because Apple first seeds new beta versions to registered Developers. If you’ve enrolled your iPhone to the Public Beta Program you can force the update by searching for it in Settings -> General -> Software Update. 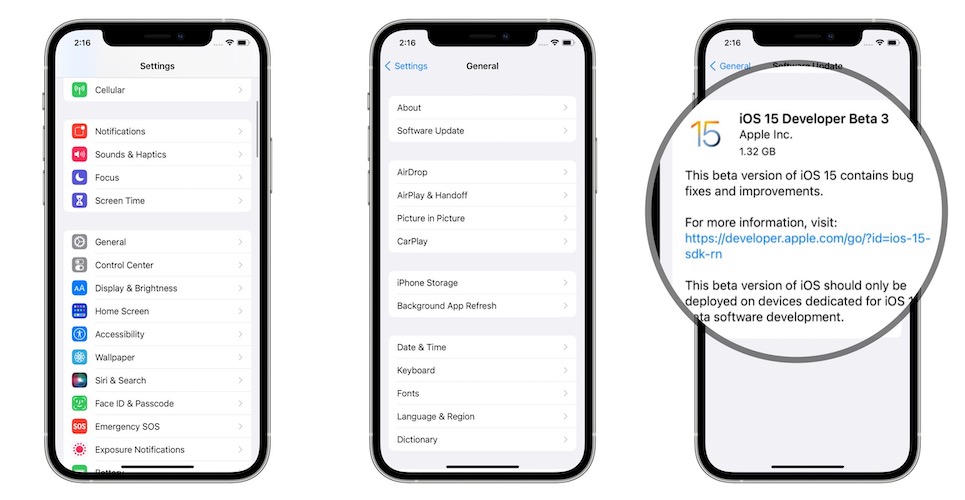 If you have the iOS 15 Developer Configuration profile installed on your device you can simply browse to:
Settings -> General -> Software Update. Tap Download and Install, agree with Apple’s terms, provide your Passcode and go through the usual iOS software update steps. 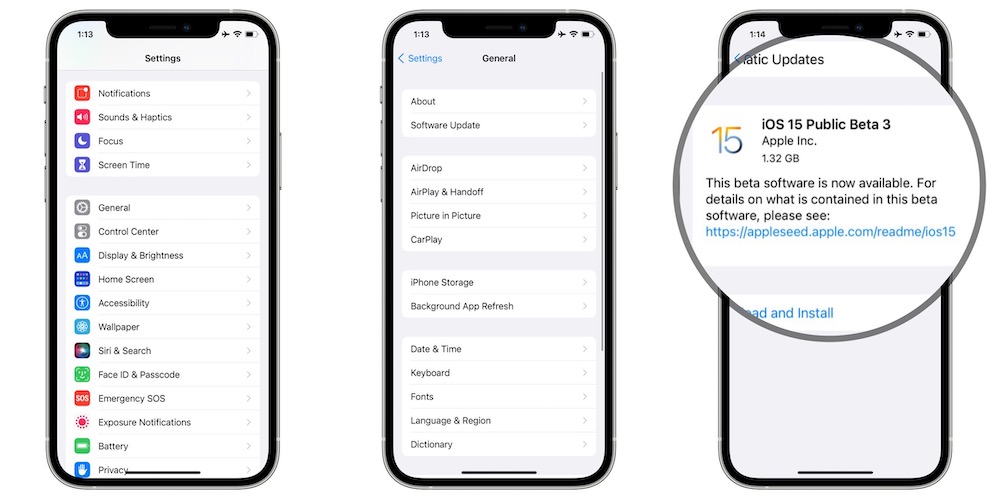 If you’ve enrolled your iPhone with the iOS 15 Public Beta configuration profile and try to search for Beta 3 you will currently get the “iOS 15.0. iOS is up to date” status. We will update the article as soon as Apple pushes the 3rd iOS 15 beta to the public testers too!
Update (July 16): iOS 15 Public Beta 3 build number 19A5297e is now available!

Have to sign up on Apple’s Beta Software Program website, download the iOS 15 Public Beta profile, install it, reboot iPhone and search for the new beta in Settings -> General -> Software Update.
Tip: A detailed step-by-step guide is available here!

There aren’t many spectacular changes discovered so far in this third beta excepting some minor refinements:

The former Reset option available in Settings -> General has been renamed to Transfer or Reset iPhone.
Tapping it brings you to the main focus of the Reset option, now called Prepare for New iPhone. Apple considers that the Reset option is mostly used when setting up a transfer to a new iPhone. 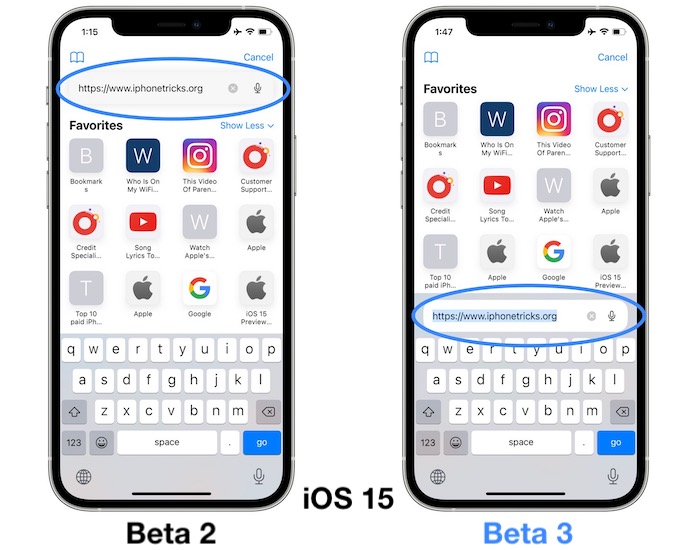 – Address bar when searching or typing an url in Safari is now placed right above the keyboard, instead of being available at the top of the screen.

– Long-press address bar while browsing a tab to bring-up the quick actions menu that includes a new Reload option. This also cause the Reload icon to show up in the address bar, in case you require subsequent refreshes. 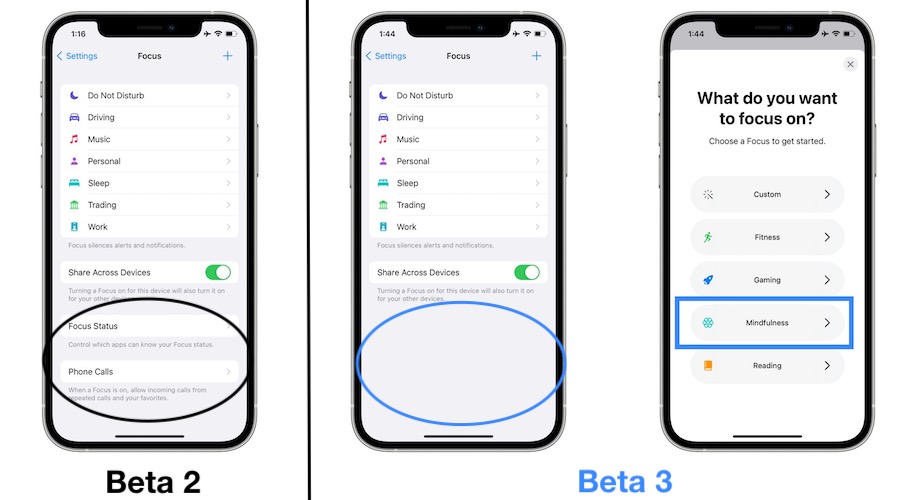 – New Mindfulness Focus available.
– Focus Status and Phone Calls options have been removed from the main Focus interface in the Settings app and added to each individual Focus section.

A new App Store splash screen can be spotted in iOS 15 Beta 3. It highlights the most important new features that come along iOS 15: 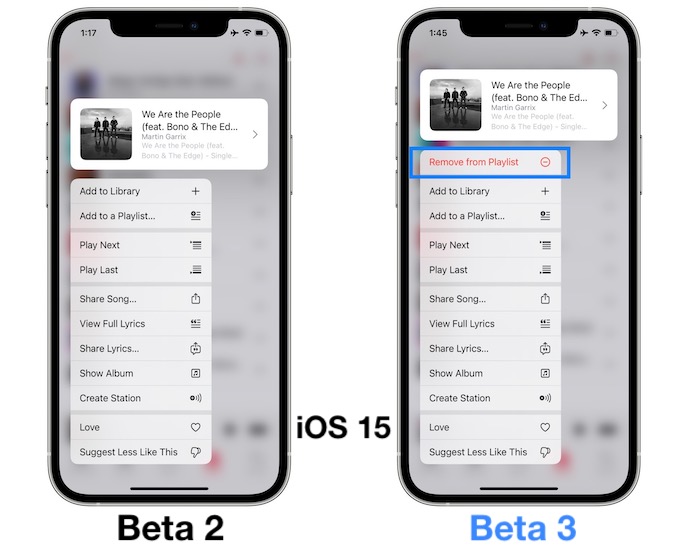 iOS 15 Beta 3 brings actions for Background Sounds. You can now code a shortcut to set a sound track, adjust volume, change volume when media is playing and more.

Tip: For more info you can check the iOS 15 Developer Beta 3 release notes!

Some users reported on Reddit that their Battery Health stats has taken a severe hit since updating to iOS 15 Beta 3.

Ponylover245 claims: “my battery health dropped from 98% to 78% after update, and I still don’t know if it is a bug or my battery has been damaged”

This is sounds like a bug, especially since he’s not the only one reporting it. Have you noticed the same issue?

You can check it in Settings -> Battery -> Battery Health -> Maximum Capacity

If you encounter any other bugs in iOS 15 Beta 3 hesitate to mention it in the comments section and we will try to replicate it and provide available workarounds.

Are you testing out iOS 15 Beta 3? Have you encountered any other new features? Use the comment section and share your feedback.