Posted in Errors and Issues by Mike on September 22, 2022 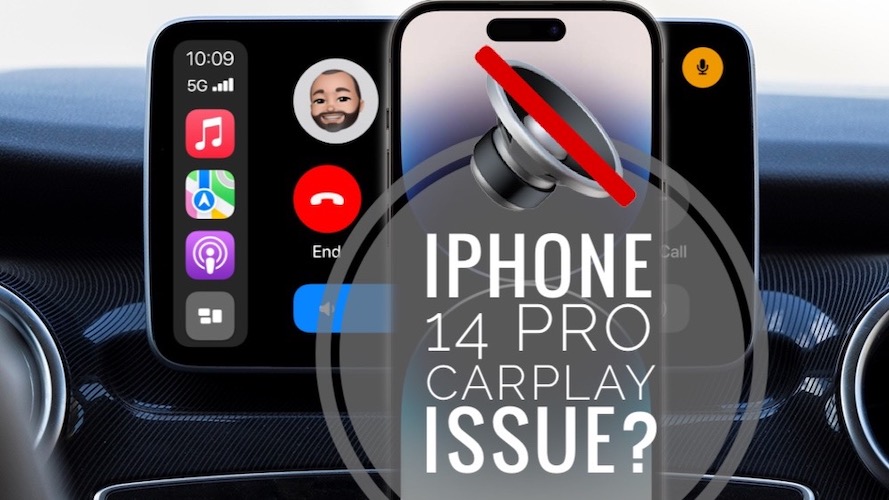 Are you encountering iPhone 14 Pro CarPlay issues? Is the car’s microphone not working properly? Mic not picking up your voice loud enough and conversation partner has trouble hearing you? This looks like another day-one iPhone 14 problem!

This issue has been reported by Dylan:

“carplay working strange with the new iPhone. My voice isn’t properly heard by the person on the other end of the line. is this a bug or just my 14 pro max?”

Apparently this iOS 16 CarPlay problem is widespread and it seems to affect only the new iPhone 14 Pro and iPhone 14 Pro Max models running iOS 16.0.1 as well as iOS 16.0. Car microphone is underperforming for most type of calls including FaceTime, cellular and other third-party VoIP apps.

Update: Apple has released iOS 16.0.3 and a fix for this CarPlay microphone issue is announced in the release notes. Please update and confirm the fix in the comments!

Apple will have to patch this bug via software update. We expect iOS 16.0.2 to be released next week. In the meantime you can try the following:

A workaround of this problem requires you to connect to the car via Bluetooth directly, bypassing CarPlay. Car microphone should work normally in this case.

Another way to get around the iPhone 14 CarPlay bug is to use AirPods or any other earphones or headset while you’re driving and plan to make a call.

We don’t have a confirmation if this CarPlay bug has been fixed in the 2nd iOS 16.1 test version, but you can try it out yourself.

Be aware, though that a test version comes with its fair share of risks. So, perform a full iPhone backup before going for the update!

A second Carplay problem has been brought to our attention by a reader via email. He reports that CarPlay cuts out when driving over bumps. Are you experiencing this too? Share it in the comments.

Update: Apparently this issue has been fixed in iOS 16.1 Beta 2, as confirmed on Reddit.

This means that the fix might become available as early as iOS 16.0.2!

Have you managed to fix iPhone 14 CarPlay microphone issue? Do you have a better solution? Share your feedback in the comments!