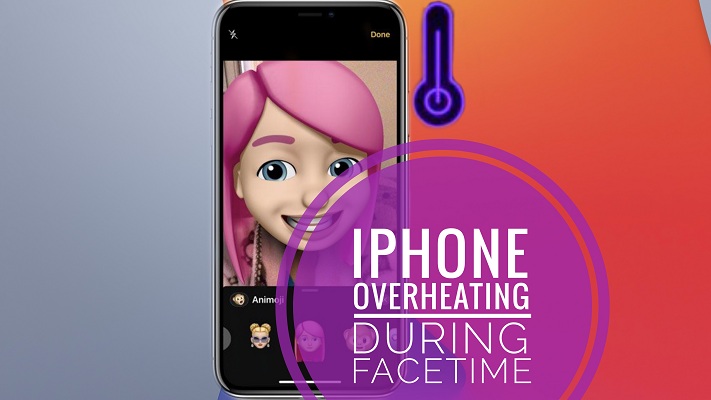 Is your iPhone overheating during FaceTime calls after updating to iOS 14.3? Does it happen when you’re using the real-time Memoji effects? You’re not the only one. We’re experiencing the same behavior on two separate units (iPhone 12 Pro and XS model). Neither of these devices was getting hot while on iOS 14.2.

To be more specific, the iPhone is unplugged when it’s warming up. There have been cases in the past when charging iPhone during FaceTime calls was associated with overheating. Now, the phone gets really hot without being connected to a charger.

First, we thought that this might be related to the re-indexing caused by the iOS 14.3 update, however the overheating during FaceTime calls continues at the time of writing, 3 days after the update.

Next, we considered to blame it on the new FaceTime HD feature that Apple silently pushed for the iPhone 8 and later models. However, this update came with iOS 14.2 and we did not experience overheating episodes with the previous iOS version!

How To Fix iPhone Overheating Issue

We’ve tried to force restart the iPhone, force close all apps and perform the FaceTime call without any apps running in the background. However, the device continued to warm up. 5-minutes into the video call we had to end it, because the device was getting really hot, to the point that it became uncomfortable to the skin.

As already emphasized, the issue is occurring when the live Memoji filters are used. Disabling the Memoji effects, cools the iPhone back down.
Tip: We suggest you to avoid Memoji filters if your iPhone overheats during FaceTime calls. An iPhone that gets really hot too often is at high risk of suffering from premature battery aging! You can check your current battery status in Settings -> Battery -> Battery Health.

Lowering the brightness to the smallest acceptable level will help you reduce one of the causes that makes iPhone overheat. You can do this from the Brightness toggle in Control Center.

4. No Charging During FaceTime

As mentioned above, iPhones have a history of overheating during FaceTime calls when they’re charged in the same time. Avoid this combo for now, until we find out more about this issue.

Reader Marcky has just reported that his brand new iPhone 12 Pro Max is overheating while playing Call of Duty, while his old iPhone X wasn’t getting hot while playing the same game.

Fix: Apple support has suggested to backup device and restore the iPhone from a backup to see if the overheating issue is solved! Are you encountering the same?

Can you also confirm that your iPhone is overheating during FaceTime calls in iOS 14.3? Use the comments section to share your feedback. We’re trying to find out how common this issue is and plan to submit a feedback request to Apple as soon as we get more confirmations.

Did you find a better workaround? Don’t hesitate to mention it!

Related: Earlier we reported about cases of some iPhone 12 Pro Max overheating when idle!

32 Responses to iPhone Overheating During FaceTime Calls In iOS 14.3