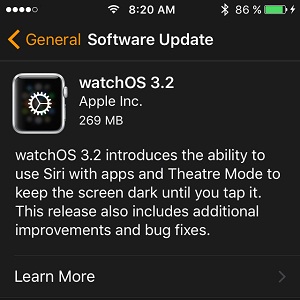 The 3rd Apple Watch OS generation has recently received its 2nd major update since the initial release, in the fall of 2016. watchOS 3 brought a major overhaul to the most popular smartwatch available on the market. Along the fact that apps launch more faster and the general experience is more fluent, new features like the Dock panel and Scribble, additional Watch Faces, the native Breathe app or the Emergency SOS have significantly improved the way we interact with the Apple Watch.

watchOS 3.1 was the next major iteration, but came with under the hood changes, like bug fixes and stability improvements. The only noticeable addition was the option to replay the bubble and full-screen iMessage effects. watchOS 3.2 is a bit more rich in new features: Siri gets additional functionality. Now, you can voice command Apple’s virtual assistant to make payments, send messages, start workouts, book rides and other features provided by third party App Store apps. This and the Theatre Mode, which allows users to simultaneously silence and darken the Apple Watch screen while viewing a movie, are the main attractions.

How To Update To watchOS 3.2 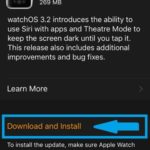 1. Open the Apple Watch app on the paired iPhone and check the My Watch section.
2. Browse for General and tap on Software Update.
3. Tap Download and Install on the watchOS 3.2 update screen.
4. Agree with Apple’s terms and be patient until the new version is downloaded, unpacked and installed on your Apple Watch.
Fact: For the update process to work flawless make sure that the smartwatch’s battery levels are 50% or higher, the device is connected to its charger, connected to Wi-Fi and in range with the paired iPhone! 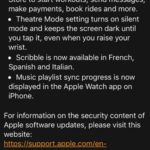 According to the official Software Update screen, this upgrade package is 269 MB large, provides Siri the ability to control third party apps, and permits users to darken the screen, until you tap it, in order to avoid Theatre disturbance, along with other improvements and bug fixes. But here is a complete quote from the update log:

“- Siri now works with apps from the App Store to start workouts, send messages, make payments, book rides and more.
– Theatre Mode setting turns on silent mode and keeps the screen dark until you tap it, even when you raise your wrist.
– Scribble is now available in French, Spanish and Italian.
– Music playlist sync progress is now displayed in the Apple Watch app on iPhone.”