iPhone Speakerphone Not Working Or Volume Too Low (iOS 14.2) 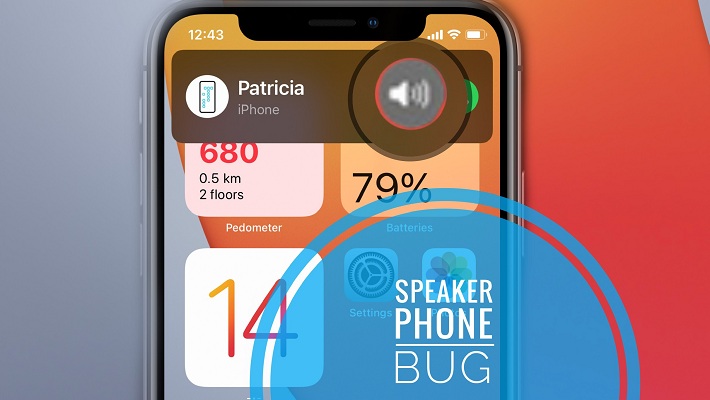 Is the speakerphone not working properly on your iPhone? Are callers not able to hear your or the Volume of the speaker is too low? You’re not the only one experiencing this. We’ve encountered the same problem and it all started right after we upgraded our device to iOS 14.2.

The iPhone microphone seems to work normally during a phone call, when the speakerphone mode is disabled. However, this ruins the whole experience, especially for those users that want to avoid holding their smartphone against the ear and don’t have a headset nearby. Yes, there are no problem when pairing the iPhone with AirPods and other wireless or wired earbuds. The bug only occurs when speakerphone is enabled!

The iOS 14.2 speakerphone bug seems to significantly reduce the volume of the speaker’s voice too the point that if you place your iPhone on a desk while talking, the other end of the line won’t be able to hear your voice anymore.

How To Fix iPhone Speakerphone Bug

Unfortunately, at the time of writing, there is no fix for this problem. As soon as it happens you’re tempted to bring the iPhone’s microphone closer to you mouth and speak louder into the microphone. However, even if it helps a bit, there is an obvious problem with the functionality. In normal circumstances, speaking out loud from a close distance into the speakerphone would make your voice sound too loud at the other end of the line. And this isn’t the case at the moment.

Fact: We’ve tried to force quit the Phone app (from App Switcher) and also reboot the iPhone with the help of the force restart trick, but it did not fix the speakerphone problem.

Potential Fix: A solution that seems to work is to use the old incoming call interface for picking up the call. Open Settings and scroll for the Phone app. Tap on Incoming Calls and Select Full Screen!

If you’re spending a significant amount of time speaking on your iPhone, it’s highly recommended that you don’t hold your iPhone pressed against your ear and avoid the unnecessary RF exposure, also known as cellphone radiation. Here are a few workarounds:

The easiest way to go around this bug is to use a third-party accessory to pick up your voice during calls. AirPods are very fashionable nowadays, but the traditional wired EarPods that used to come in the iPhone box, are probably the best solution, especially when you’re seated at your office. That’s because a wired solution, won’t imply any radio waves reaching your head area. It’s true that Bluetooth emits significantly less radiation than a cellphone antenna, but why not to avoid RF exposure completely if possible. 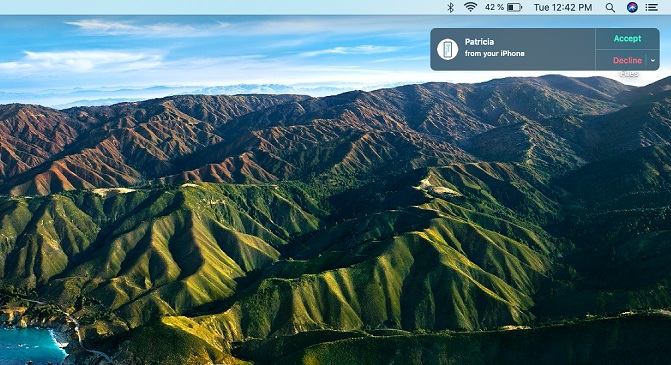 A second option, if you’re running a home office, you can answer and dial iPhone calls from your Mac. You only need to use the same Apple ID on both devices.
We’ve tested this option too and the iOS 14.2 speakerphone bug doesn’t kick-in when iPhone calls are routed via Mac.
Tip: If you don’t own a Mac, you should know that this feature also works on Windows computer. More details about how to answer iPhone calls on Windows PC are available here.

Other options to answer iPhone calls from third-party devices are provided by your car’s CarPlay function or the HomePod smart Bluetooth speaker. Nevertheless, this are less likely to be ideal options of taking and making phone calls on a frequent basis.

Fact: The iOS 14.2 speakerphone bug could be related with the incoming call banner glitch that prevents users from answering a call via the new call interface!

Are you experiencing the same iPhone speakerphone bug in iOS 14.2? Use the comments section available below. We’re aiming to see how widespread this problem is. We plan to file a bug report to Apple and ask for an official fix.

Related: Unfortunately, this bug has the worst timing for those iPhone 12 owners that are plagued with the No Service bug. Affected users are complaining about poor cellular signal in locations where this wasn’t the case with older iPhone models using the same carrier. The No Service bug sends calls directly to voicemail or causes calls to drop, and users from the other end of the line stop hearing their conversation partner.

12 Responses to iPhone Speakerphone Not Working Or Volume Too Low (iOS 14.2)