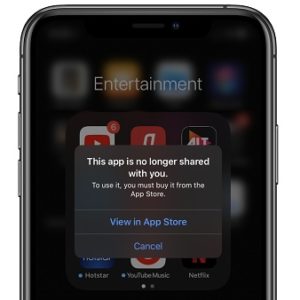 This app is no longer shared iOS bug on iPhone.

Are you trying to open apps on your iPhone or iPad and are prompted with the “This app is no longer shared with you” error message? You’re not the only one! A series of iOS users have experienced this problem over the weekend and have mailed us to ask for a fix. There’s a multitude of apps that seem to be affected by this issue including the most popular ones like YouTube, Twitter, Facebook, WhatsApp, TikTok and more.

The issue doesn’t seem to be caused by a bug coming with the the newly released iOS 13.5, because the same problem is surfacing for users that haven’t updated yet and are still running iOS 13.4.1 or later. However, the problem seems to be triggered after an app is updated. As soon as some users update an app in the App Store, they’re flashed with “This app is no longer shared with you” prompt. There are two available options to move on, “View in App Store” or “Cancel”. The first one re-directs you to the app’s App Store page. When you click “Open” the prompt appears again and the user is stuck in a loop. Cancelling will simply close the prompt and prevent the iPhone from opening the app.

2 Ways To Fix “This app is no longer shared with you”
A. Delete And Reinstall 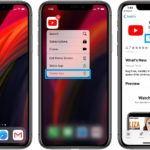 We’ve managed to replicate and solve this issue by deleting and reinstalling the app in question.
1. Tap Cancel on the “This app is no longer shared with you” prompt.
2. Return to the Home screen.
3. Tap & hold the app icon that’s experiencing the problem.
4. Select “Delete [app name]”.
5. Open App Store and search for the app in question.
6. Tap the “cloud icon” to redownload the app.

B. Offload the App 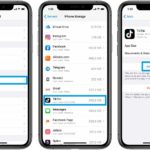 A more elegant fix that works is achieved by offloading the affected app and reloading it, instead of deleting it. The big bonus of this option is that you won’t lose any app data in the process. Here is how to:
1. Open Settings on your iPhone or iPad
2. Tap on General.
3. Select for iPhone Storage.
4. Scroll for the app that’s causing problems and tap on the app name.
5. Tap the Offload App option.
6. Wait a few moments and tap Reinstall App. This should do the trick.

There’s no clear pattern though as some iPhone and iPad users are plagued while others don’t experience the same issue. Are you experiencing the problem. Let us know if the fixes mentioned above helped you out. Use the comments section available below. I will be useful if you can mention what iOS version you’re running and what triggered the bug on your device!

Related: How to fix grayed out download links in App Store!