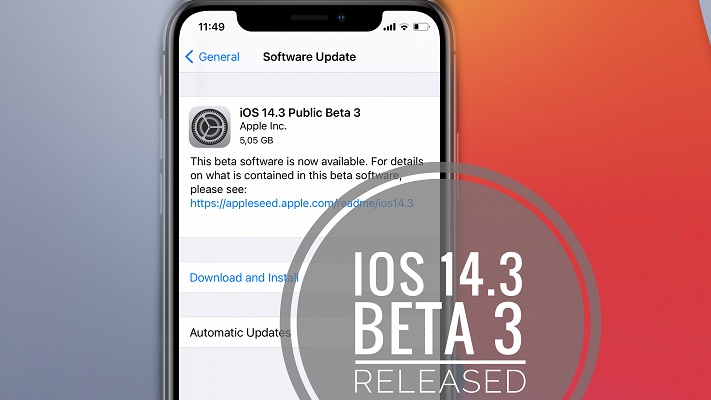 Apple has released iOS 14.3 Beta 3 to Developers and will soon make the same version available for Public Beta testers. The question on everyone’s lips right now is if the frustrating Messages notifications bug has been addressed in this version. Unfortunately, the news is bad. Missing notifications for iMessages and regular SMS texts are still occurring, after updating to iOS 14.3 Beta 3!

Apple plans to release iOS 14.3 to the general public by the end of the year, because this is the self-imposed deadline for the Fitness+ premium workout service. And Fitness+ is available in the iOS 14.3 betas. Considering that common sense marketing, would suggest Fitness+ live before Christmas, we anticipate that iOS 14.3 will be released on anytime between December 8 – 15 time frame.

This means that there isn’t much time left for other beta releases, thus the time window for the Messages notifications bug fix is shrinking. If Apple, allows this bug that affects the core functionality of an iPhone to continue past iOS 14.3, it will disappoint lots of iPhone owners.

It’s very early and we couldn’t notice anything new in this new test release. We will update this section as soon as new feature or other improvements are spotted.
Updated (December 4)

If your iPhone is running Beta 2, you only have to open the Settings app and browse for General -> Software Update. Tap Download and Install, on the iOS 14.3 Beta 3 update screen and follow the usual steps.
If you’re running the public iOS 14.2 or iOS 14.2.1 release, you need to download the iOS 14 beta profile first to enroll in the iOS 14.3 beta program. A detailed step-by-step tutorial is available here.

Have you updated to iOS 14.3 Beta 3? Do you notice anything new feature or bug fix? Don’t hesitate to use the comments section and share it with us!

Related: Other common bugs reported in iOS 14.2 are:
– iPhone keyboard lag when attempting to type Messages.
– Optimized battery charging for iPhone is automatically re-enabled after each iPhone restart or new charging cycle.
– Incoming call banner disappears and isn’t interactive. iPhone user can’t answer a call from the banner.
– iPhone speakerphone not working as it should, volume too low!