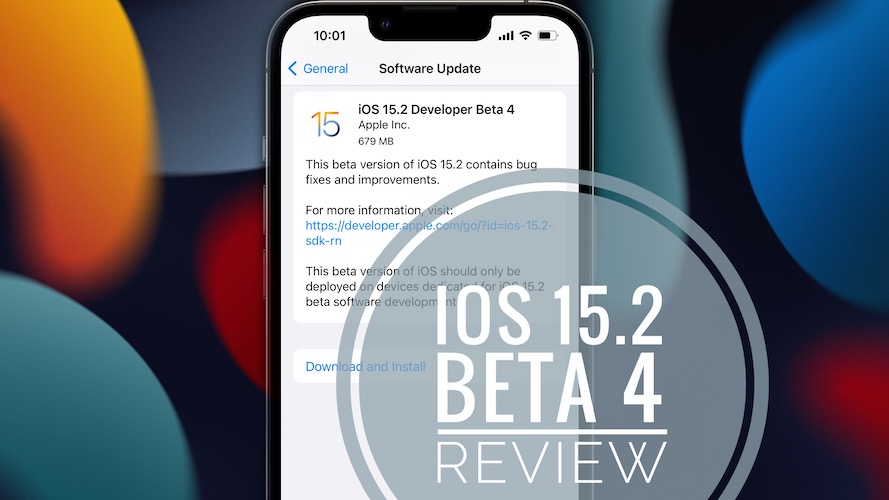 Apple has released iOS 15.2 Beta 4 build number 19C5050b. It comes 15 days after the rollout of Beta 3 and more than one month since the initial beta. This version doesn’t seem to bring any other new features. It focuses on performance improvements and bug fixes instead. 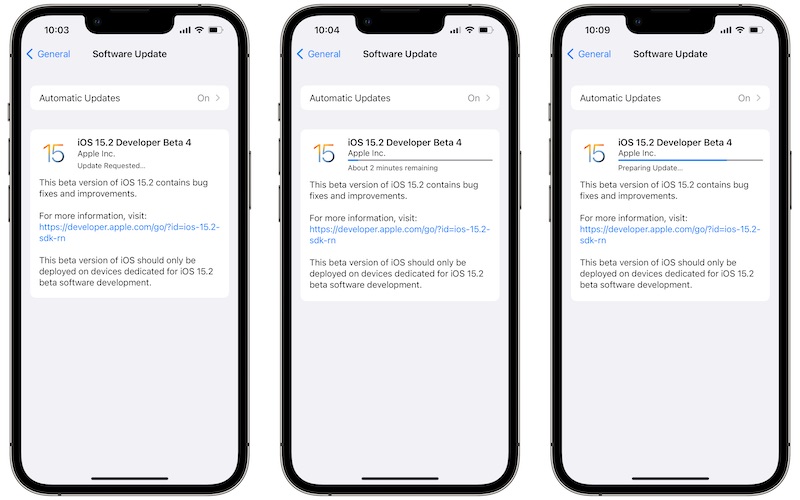 As usual, this test version is available over-the-air in Settings -> General -> Software Update in all compatible devices that have the iOS 15 Beta Profile installed. A step-by-step how-to guide is available here!

Tap Download and Install and be patient until the update is requested, downloaded, prepared for update, verified and installed. Your iPhone or iPad will automatically reboot when the installation process ends.

Fact: The update file is 679 MB large when updating from Beta 3 and a couple of GBs if you update from iOS 15.1.

The release notes don’t mention any new features when compared to Beta 4. It’s normal because we’ve entered the final stages of the iOS 15.2 testing period and Apple currently focuses on bug fixes and improvements.

However, if you spot any changes don’t hesitate to mention them in the comments section and we will update them here:

Fact: To check out all the new features coming in iOS 15.2 check out our Beta 1, Beta 2 and Beta 3 review pages. 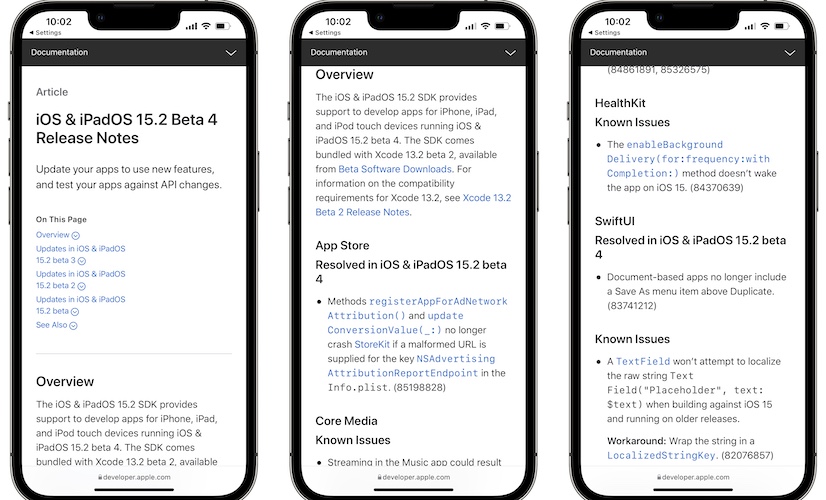 You can review the update log for this test version in the screenshots available above. Or you can open Apple’s Developer documentation over here.

Apple doesn’t provide too many details regarding bug fixes either. However, they have been surly working under-the-hood. Below you can find collections of bug fixes, new bugs as well as known issues that have been reported by our readers or discovered by us during testing:

Check out a list of the common iOS 15.1 & iOS 15.2 issues. Help us determine which have been fixed and which not. Use the comments section:

Do you notice any iOS 15 issues that are fixed in Beta 4 don’t hesitate to inform us!

New problems encountered in iOS 15.2 Beta 4 are listed below. Help us uncover them

Have you updated to iOS 15.2 Beta 4 or iPadOS 15.2 Beta 4? What’s your feedback? Did you spot any improvements? What about bugs? Use the comments section!