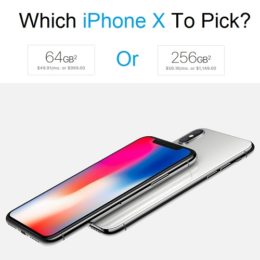 With the iPhone X pre-order kickoff knocking at the door, let’s take a look at the pros and cons of opting for the entry 64 GB model or go all-in with the 256 GB storage option. If you aim to be among the first-wave adopters of Apple’s revolutionary bezel-less OLED iPhone you have to be… 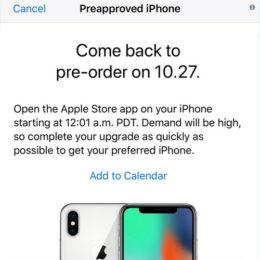 Apple is currently allowing customers enrolled in the iPhone Upgrade Program to pre-approve their iPhone X purchase in order to be able to perform a quick checkout when the iPhone ‘Ten’ Pre-Orders actually start. The Pre-Approvals are done with the help with the Apple Store app and are available for a limited time only, until… 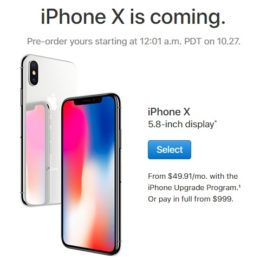 The 10th anniversary iPhone is only a few days away from reaching the hands of the first Apple customers that will be lucky enough to grab it. If you want to be one of the early adopters here are a few tips that will help you to maximize your chances. In case you’re not aware… 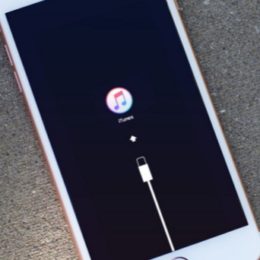 How And When To Bring iPhone 7 In Recovery Mode

If you’re an iPhone power user and hunt the newest iOS betas to test out the new features, or like to jailbreak your device, you should be aware that there comes a time when your smartphone will crash. I surly hope that this never happens to you, but here is what you have to do… 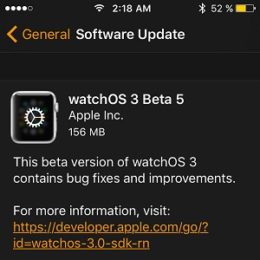 Along with the iOS 10 Beta 5 release, Apple has also seeded watchOS 3 Beta 5. The third Apple Watch Operating System generation is scheduled to be publicly released this fall and promises to significantly increase the speed of your wearable, provide new health apps and features (Breathe, Emergency SOS), enhanced graphics and added functionality…

Read More
Tags:BetaFixesSoftwareUpdateUpgradewatchOS 3
Previous Posts
Copyright © 2014 - 2022 iPhoneTricks.org
This website is not owned, licensed or affiliated with Apple Inc.
The content of this website is not supplied or reviewed by Apple Inc.
iPhone is a trademark of Apple Inc. For more info please read our Disclaimer.