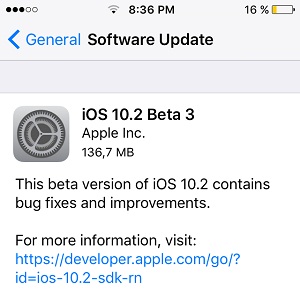 The third iOS 10.2 Developer Beta for iPhone and iPad is out and up for grabs for everyone that has the iOS 10 Beta Profile installed, on its Apple device. As we plunge deeper and deeper into the testing program new features start to crystallize and changes from one beta to the next aren’t that spectacular anymore. iOS 10.2 will be the second important update of the 10th iOS iteration, publicly released in September. The first one, iOS 10.1 was rolled out, in late October and came with Portrait Mode for iPhone 7 Plus, Message effect Replay and much more.

Beta 3 continues the process started in Beta 2 and the morphing of the Videos app, into the new TV app takes one step further. The traditional application has disappeared from the Home Screen, while TV app receives more functionality like its own section in the Settings app and a working “Watch Now” feature. 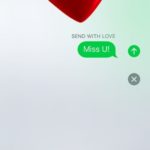 Besides the above mentioned Videos to TV app novelty here are the other difference noticed when comparing to Beta 2:
– Send with Love: a new full-Screen message effect that you can add to an iMessage to emphasize your state of mind and feelings. It’s the 11th effect introduced to the Messages app, after the initial 9 animations released in iOS 10. Celebrations was the 10th, included in iOS 10.2 Beta 1.
– Emergency SOS: A spectacular feature that was introduced in the previous test version, is missing from the 3rd Beta. It seems that the service is currently only available to India. There are high chances that Apple will include the functionality in the iOS 10.2 public release. 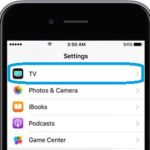 – Videos: app has been removed, but we just discovered that you can download it back, from the App Store. Here is the official link.
Fact: The Videos app freshly introduced in Beta 1 has also been dumped. You can use the new TV app glance, that’s new available in the Widget’s Edit menu.
– Watch Now: feature coming with the TV app is now actually working.
– TV Settings the TV app receives its own section in the iOS Settings app. Tap it and decide if you want to use the app when on Cellular connectivity. You can also set streaming quality for Wi-Fi and Mobile Data connections. 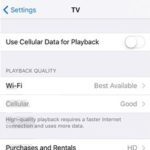 One last tweak allows you to set the default download format when purchasing or renting a video. You can choose between HD and SD.
– Feedback: app has been introduced, signaling that all new features planned for iOS 10.2 have been made available and Apple now waits for our feedback to fine tune them.
Fact: Because this update is 45 minutes fresh at the time this article was written, there are high chances that we’ll detect more changes in the hours to come. Make sure that you bookmark this page and get back for more news.

Download & Install iOS 10.2 Beta 3
To update to this latest available test version, opt for the over-the-air feature in case you already run one of the Betas on your iPhone or iPad. Open Settings, and tap on General -> Software Update. Allow your device to find the latest firmware, tap Download and Install, sit back and relax until the 3rd Beta is unpacked on your device.
If your iPhone runs iOS 10.1.1 or an older public version, you first have to grab the Beta Profile as explained here. Once the profile is installed you can proceed with the update as described above.
Important: Always perform a full iPhone backup before updating to a test version!