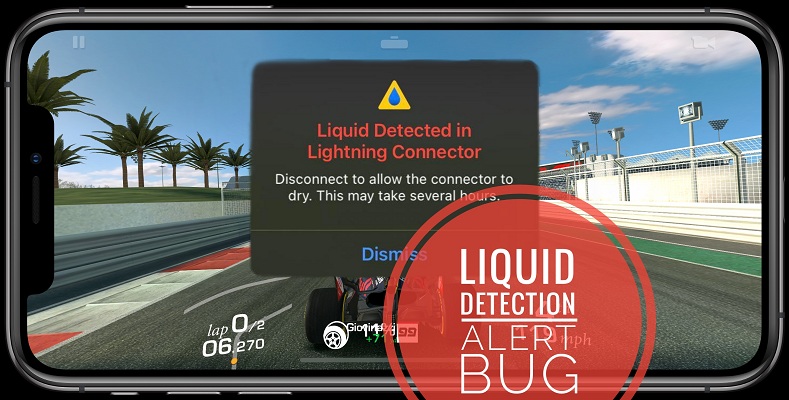 Is your iPhone displaying a popup that reads ‘Liquid Detected In Lightning Connector’? Is this happening although your device hasn’t been anywhere near a water source? This Liquid-detection alert has been triggered out of the blue for a series of iPhone owners. It started during iOS 14 and the issue continues in iOS 15.

We’ve got reports of the ‘Liquid Detected In Lightning Connector’ popup showing up on iPhone 12, 11, X and iPhone SE 2, without any obvious reasons. None of the readers that reported this bug, couldn’t pinpoint the cause of the liquid ingress protection warning.

To be clear, although the popup asks you to ‘Disconnect to allow the connector to dry. This may take several hours’, in some cases the dialog box is triggered out of the blue, or when iPhone is connected to a wired charger, without being anywhere near liquids.

Fact: The liquid in lightning connector warning also pops up while iPhone is used for gaming or with any third-party app.

iPhone Charging Not Available: The Liquid Detected in lightning connector bug persists in the later versions of iOS 14 as well as the early releases of iOS 15. Recent reports show that the warning popup is triggered when charging an iPhone with an aftermarket, non-genuine Apple charger. 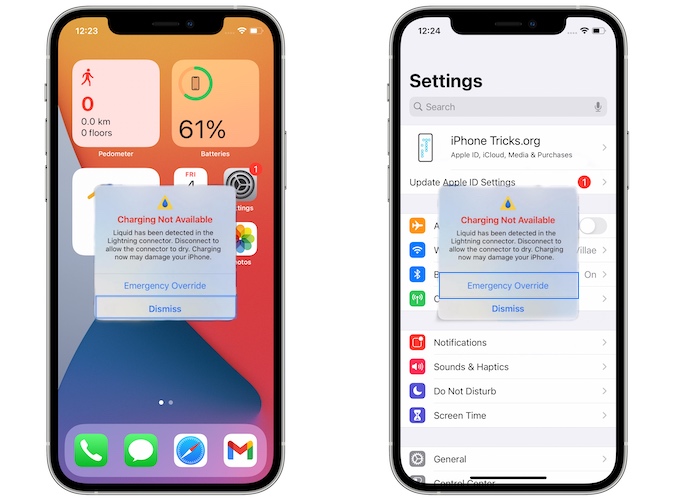 Although the liquid-detection popup is most likely caused by an iOS 14 bug, you should check the charging port of your iPhone for any signs of water. Perhaps liquid reached your device accidentally, without you noticing it.

The pop-up comes with the Dismiss and Emergency Override options. The first one closes the pop-up and skips charging, while the second will force the charging process. Tap it after you finish inspecting your device.

Last but not least, if the iOS liquid-detection alert is still preventing your iPhone from charging even is you opt for the Emergency Override option, you have to reboot your device and attempt to charge again. 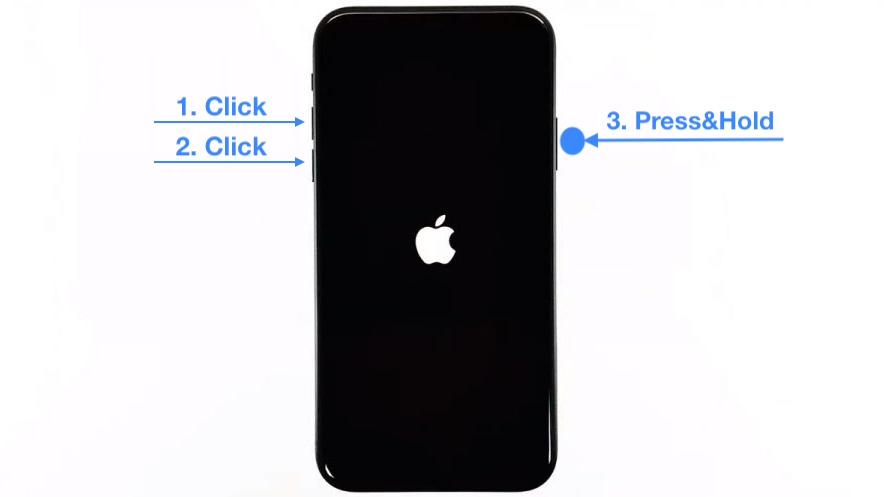 The Liquid Detected in Lightning Connector error is most frequently reported by users that charge their iPhone or iPad with aftermarket chargers.

Fact: This could be Apple’s move to encourage users to use only genuine Apple products. Does the liquid-detection alert disappear if you’re using an original charger?

A trick to prevent the Liquid Detected in lightning connector error from popping up, requires you to start the charging cycle before the iPhone battery level drops below 40%!

Credit: Lan shared this tip in the comments section. Many thanks! Is it also helping you? Did you find a better workaround? 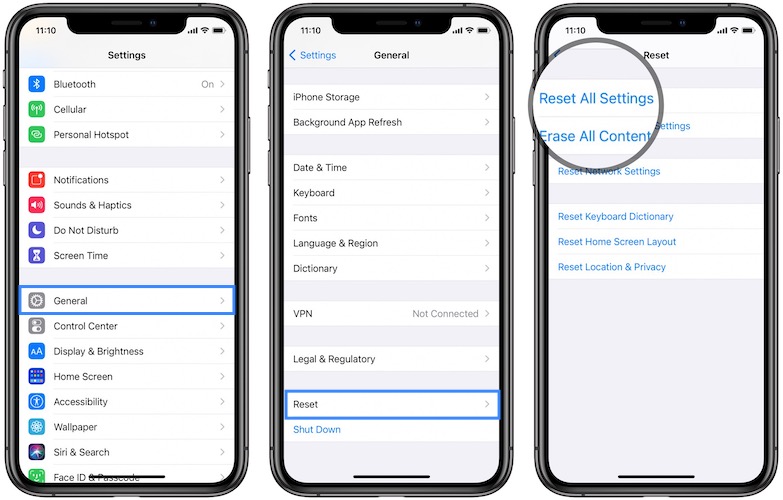 Have you also been prompted with the Liquid-detection alert in iOS 14 (iOS 15)? Was it a false alarm or a justified notification? Did any of the above fixes work? Use the comments section and let us know. If you want to confirm this bug please also mention your iPhone model and the iOS 14.x (iOS 15.x) version that runs on it.