Posted in Reviews by Patricia on November 13, 2017 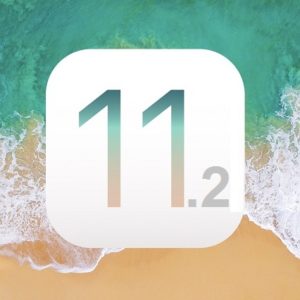 iOS 11.2 is the second major update of the 11th iOS generation. This new firmware has just been released a few days ahead of schedule in order to patch an imminent December 2 iOS 11 bug! iOS 11 has been released in September along with the launch of the iPhone 8 and iPhone 8 Plus. Minor updates have been rolled out constantly since then. We first had iOS 11.0.1, followed by iOS 11.0.2 and iOS 11.0.3. However, iOS 11.1 was the first major update. It premiered with the launch of the iPhone X.

A few days before the public release of iOS 11.1 the iOS 11.2 beta testing period started. It begun as always with a Developer version, followed by a Public beta release too. Beta 2 was seeded in advance for the iPhone X, while the rest of the pack followed a couple of days later. Below, you can find a list of all noticeable changes, new features and bug fixes coming in iOS 11.2.

iOS 11.2 Changes And Bug Fixes
1. Apple Pay Cash Feature
After a series of delays Apple’s new person-to-person payment option is now available. The feature was announced in May at WWDC 2017. We initially expected it to premiere with the release of iOS 11. Next, we though that Apple will be saving it for the launch of the iPhone X. This wasn’t the case either. However, in iOS 11.2 you can now easily send money to your iOS contacts from the Messages app. Here is how to use Apple Pay Cash in iMessages.

2. AirPlay 2 Support
Allows you to control the audio output of multiple devices that are connected to your iPhone. For example, you can tweak the audio of the Apple TV and the upcoming HomePod speaker. Both devices can play their own media and you can control it from the Now Playing widget available in the iOS 11 Control Center.

3. Control Center Update
Speaking about the Control Center, the Now Playing section has received a minor redesign which allows it to display full album art. The icon is now squared, instead of the previous rounded corners, that cropped the thumbnail.

4. iPhone 8 Wallpapers
In iOS 11.2 you can use the new iPhone 8 and iPhone X wallpapers on older iPhone models too. You can find them in the Settings app under Wallpaper -> Choose a New Wallpaper -> Stills.
Fact: If the wallpapers aren’t showing up on your device you can download them from here.

5. Minor Emoji Changes
A few emojis have been slightly redesigned, like the camera icon and the whiskey glass. The order of some smiley faces has been also modified. Nevertheless, these are tweaks that will be only noticeable to hardcore emoji users.

6. Calculator Bug Fix
iOS 11 experienced an embarrassing calculator latency that prevented the app from registering all your inputs if you performed them in quick succession. This has now been patched!

7. Keyboard Autocorrect Bug Fix
Before releasing the fix in iOS 11.1.1, Apple has tested the patch in the 2nd beta of iOS 11.2. Now you can safely type the “i” letter with auto-correct on and you won’t see your iPhone or iPad automatically replaced with an A and the [?] symbol.

8. Side Button Double Press
The iPhone 8 and iPhone 8 Plus models could have been locked with a Side-Button double-click command. However, this shortcut isn’t available anymore, because the same gesture triggers Apple Pay on the iPhone X and Apple aims to lineup the commands.

9. Updated Animations & Icons
A new animation can be noticed in the Photos app when you swipe-up for to view Photos.
The Camera icon in the Messages app has the same design with the Camera app icon from the Home screen.

11. Control Center Hint For iPhone X
The way you bring up the Control Center is completely different if you upgrade to the iPhone X. iOS 11.2 ads a small gesture bar below the status icons displayed in the ‘right’ ear to highlight the swipe-down gesture which unveils the popular shortcut menu.

12. Fast Wireless Charging
iOS 11.2 enables the high-speed wireless charging option. Now you can bring power into your iPhone X, iPhone 8 and iPhone 8 Plus at the speed of 7.5 watts with the help of a third party Qi standard compatible accessory.

13. Offline Siri Availability
Starting with iOS 11.2 the iOS virtual assistant becomes available also when the iPhone and iPad don’t have an active Internet connection. However, the number of accepted voice commands is currently very limited and focused on music playback. But they will surly expand in the future! Learn how to use Siri when iPhone is offline!

14. December 2 Date Bug Fix
A nasty bug that generated restart loops in case of locally generated notifications on iPhone and iPads running iOS 11 has been patched in this release!

15. TV App Update
A Live Sports section has been added to the TV app. Watch live sports and recaps in the Sports tab. Users can flag favorite teams and stay up to date with their games.
There’s also a distinct Notifications section for the TV app in the Settings menu which allows you to disable alerts or settle for banner notifications.

16. Introductory Pricing For Renewing Subscriptions
This is a new developer oriented feature that allows coders to provide a smaller initial price for a renewable subscription in order to lure first-time customers to the app’s service before charging them a full price after the first renewal!

Last Updated on December 5, 2017 by Patricia