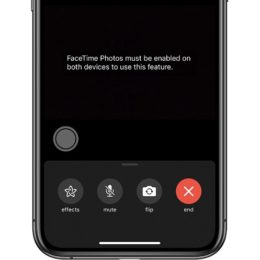 How To Block Screenshots During FaceTime Video Calls On iPhone, iPad And Mac

There are two ways to take a screenshot during a FaceTime video call on your iPhone, iPad or Mac. For a high quality print-screen you have to use the stock iOS Live Photos shutter button. It’s available in the bottom-left corner of the FaceTime interface, during an ongoing video call. However, sometimes you might want… 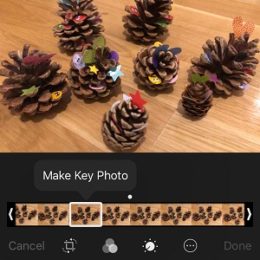 Ever since autumn 2015 and the release of the iPhone 6S, iOS users have the option to shoot Live Photos with the help of the built-in Camera app. This snapping mode allows the operator to capture a few seconds before and after the actual frame, creating in the same time both a short animated clip… 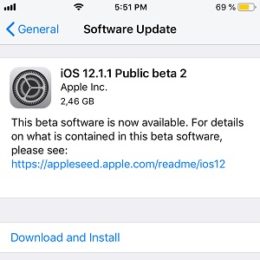 After rolling out iOS 12.1, Apple has already started to test out the upcoming iOS 12.1.1 software update. The first beta aimed for Developers was released one week ago. Recently, the Cupertino-based tech giant has seeded the 2nd Developer beta and an identical version for public beta testers. iOS 12.1.1 Public Beta 1 is available… 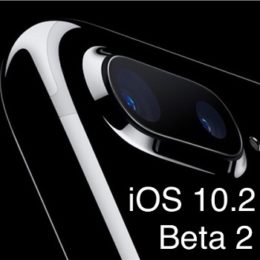 One week after the spectacular iOS 10.2 Beta 1 release, that took many of us by surprise by the amount of features that have been included, Apple has seeded Beta 2 and continues to add changes. Last week we’ve shown you 13 improvements the the OS of your iPhone and iPad. During the weekend we…

One of the cool features of the recently released iPhone 6S and 6S Plus flagships are animated photos. Whenever you snap a picture, and the Live Photos setting is ON, the iOS device captures a few moments before and after the actual frame, allowing owners to animate the picture. According to Apple officials, images taken…

Read More
Tags:3D TouchFeatureiPhone 6SiPhone 6S PlusLive PhotosSettings
Copyright © 2014 - 2022 iPhoneTricks.org
This website is not owned, licensed or affiliated with Apple Inc.
The content of this website is not supplied or reviewed by Apple Inc.
iPhone is a trademark of Apple Inc. For more info please read our Disclaimer.